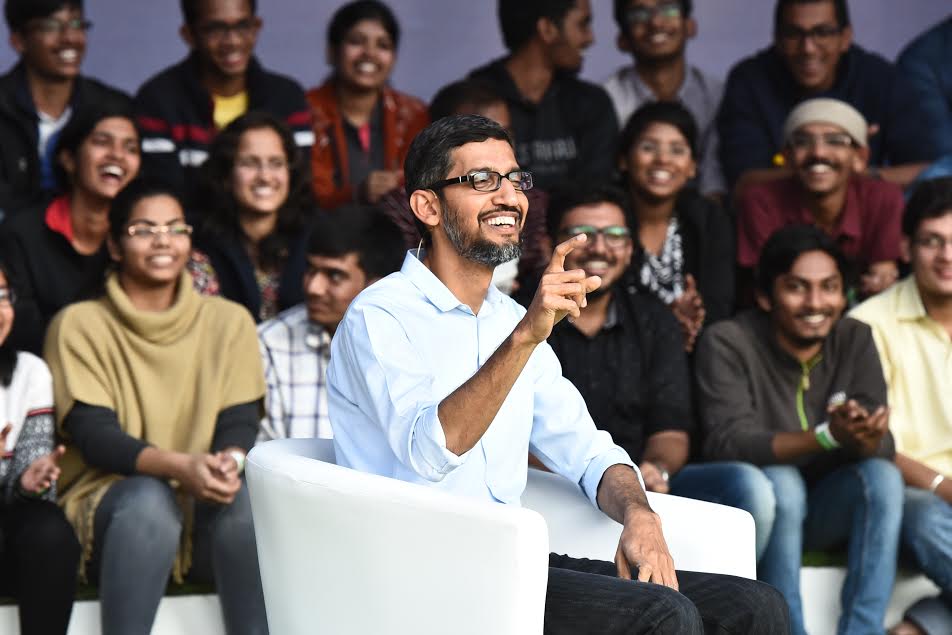 Kharagpur: CEO of tech-giant Google Inc, Sundar Pichai feels that India will soon be a global player in the digital economy.

He was at the Indian Institute of Technology, Kharagpur, West Bengal on Thursday to interact with students of his alma mater,

“I absolutely with full certainty am convinced that India will soon be a global player in the digital economy, it will compete with any company in the world,” he said.

On discussing about how Google is partnering in PM Narendra Modi’s Digital India Campaign, the Google CEO said: “We are one of the biggest partners of the Digital India Platform. Google has always been dedicated to build products for the world. When we look into India we need to focus on a few things like making Google available in different languages.”

“The second thing that we are focusing on is to introduce cheaper smart phones, as low as $30 USD for India and most importantly in the connectivity, Google is presently working on the wifi project. We have already connected hundred railway stations till now and Kharagpur is one of them,” he added.

Pichai, an alumina of the elite institute, had studied metallurgical engineering in 1993. He then went on to pursue an MS in Engineering and Materials Science from Stanford University and an MBA from the Wharton School.

He joined Google in 2004 as its vice president of product management before being elevated as its CEO in 2015.