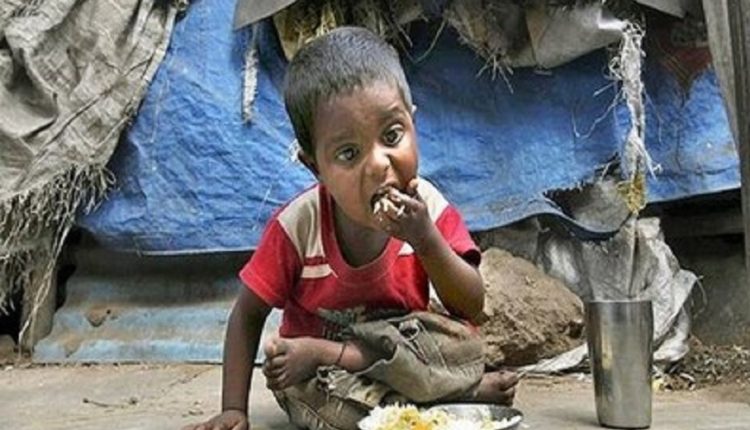 NEW DELHI: India stares at a steeply uphill task in meeting UN’s Sustainable Development Goals (SDG) on child malnutrition, says a latest report of CSE and Down To Earth’s reports the latest State of India’s Environment, 2020. The report was released in Alwar by Rajasthan chief minister Ashok Gehlot a couple of days back.

This is despite the fact that India’s economy has doubled since 1991 and the world’s largest programme to tackle child malnutrition, the Integrated Child Development Services (ICDS), has been in force in the country since 1975.

In 2017, some 1.04 million under-five children died in the country. Over 68.2 per cent of the deaths were due to malnutrition.

In the same year, the Global Hunger Index, that assesses progresses and setbacks in combating hunger, ranked India 102nd out of 117 countries.

Responding to this daunting challenge, the Union government launched the Prime Minister’s Overarching Scheme of Holistic Nutrition or POSHAN Abhiyaan in 2018.

The government allocated the scheme Rs 2,849.54 crore for three years, beginning 2017-8, and introduced a new target: malnutrition-free India by 2022.

But implementation of infant young child feeding (IYCF) practices promoted by the scheme is poor and not reflected on the ground, says the report. When compared to the severity of the problem, the year-by-year targets of the scheme are also unambitious.

Steps like conversion of anganwadi centres into crèches; universal and wage compensatory maternity entitlements; adoption of food and nutrition security as a fundamental right; and commitment for community-based management of malnutrition might help in turning the tide.

“In India, we have seen that merely having a scheme in place does not necessarily entail that our children will not go hungry. It is time we set more ambitious targets, the progress made on which is even more assessable,” says Richard Mahapatra, managing editor of Down To Earth.