India migrant workers: Five stories of their terrible plight that will move you to tears… 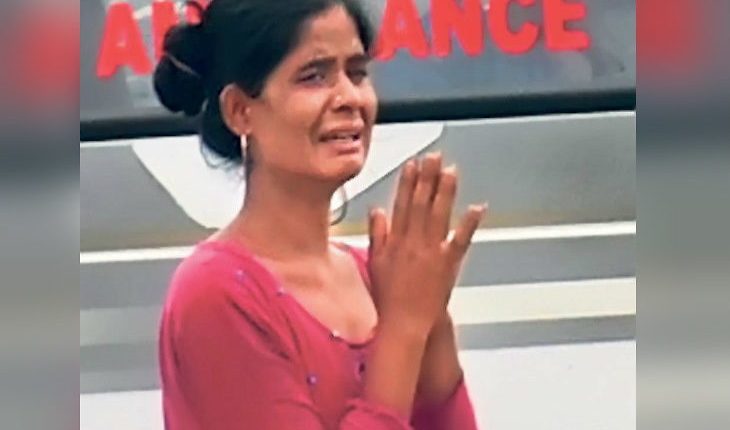 PATNA—The extended lockdown by the Indian government is proving to a test of patience, mental grit and determination for thousands of migrant labourers walking back homes on foot in Bihar.

Around one million migrant labourers have already reached their home in Bihar—some of them boarding trains while other walking on foot, riding trucks, tractor trolleys and by cycles.

The heavily-pregnant woman accompanied with her husband and three little children set off on foot for her home from Delhi where they sold vegetables.

They had no option after they exhausted all their savings on during the lockdown period hoping to end lockdown but it got extended not once but thrice.

In the past seven days since she left Delhi on Monday, she covered her 900 KM journey partly on foot and partly by truck, bearing all her pains bravely.

Her labour pain started once she reached the Gopalganj-UP border on Thursday evening after which the local officials felt pity on her and rushed her to the local hospital where she gave birth to a baby girl.

But woman’s trouble is still not over. She still has to cover another 300 KM on foot to reach her native village in Supaul.

Even more heart-breaking is the story of Mukhtara Kahtoon, a resident of Purnia district in Bihar.

Mukhtara whose family stayed in Gurgaon left for home after lockdown shut their all sources of income. But her story of bad luck doesn’t end here.

While they were coming, a speeding truck hit her husband Noorzami on the Luckdown-Muzaffarpur highway, fracturing his leg.

Left stranded along the road, Mukhtara continued begging for help from vehicles passing through the road but none got moved on her plight.

Eventually, a truck laden with stone chips carried them for distance after which she was rushed to Purnia by an auto rickshaw.

“What we would have done when we were left jobless after lockdown? We survived on biscuits and water in the past 50 days,” Mukhtara told the local media.

No less tragic is the condition of 17-year-old Shrawan Kumar who is unable to move forwards due to boils in his legs after walking around 1,000 KM on foot.

Shrawan who was doing tailoring job in Gurgaon left his home on foot after his shop shut due to lockdown and he faced starvation situation. He was getting Rs6,000 a month.

Now, he has got stuck in Muzaffarpur and his feet fail to move forward due to boils as a result of walking continuously on foot.

“I am very tired but my feet don’t support me. Pl help,” he told a reporter.

Another distressing story has been reported from Bareilly district of Uttar Pradesh where a man stole the cycle a villager on way to carry his physically-disabled son 1,150 km away.

The cycle owner Saheb Singh moved to tears when he went through the contents of handwritten letter left behind by Md Iqbal Khan.

“I am taking away your cycle to carry my physically challenged son. I don’t have any means of transport. Pl forgive me,” the letter says.

Another heart-moving scene has been reported from Uttar Pradesh where a mother with her face covered with sari is seen dragging her trolley bag on which her child is asleep on the Agra highway.

The migrant woman coming from Punjab was on way to Jhansi town in UP covering a distance of some 800 km on foot. The National Human Rights Commission (NHRC) has took cognizance of her case and sought replies from the UP and Punjab governments.