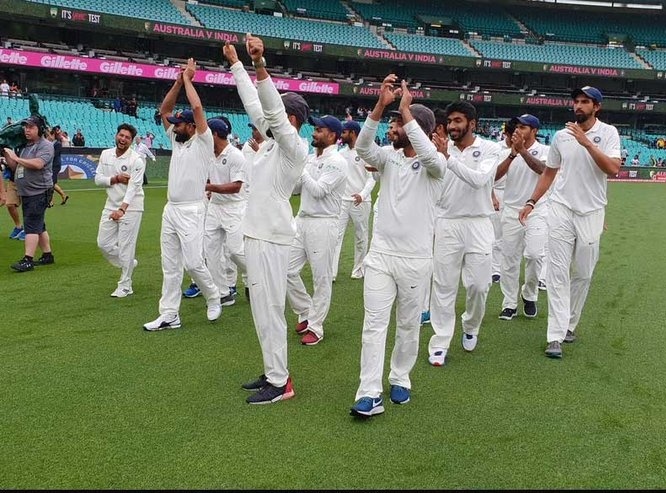 Sydney: Ending over 70 years wait, India won their first Test series in Australia by a 2-1 margin after the Sydney Test was declared as a draw on Monday.

The final day of the match was washed out due to rains. Not a single ball was bowled on Monday.

After Australia were forced a follow-on, Australia ended the Test at 6 for no loss on the final day of the Test.

They were still 316 runs short of India’s mammoth first innings total of 622-7.

India, the number one Test team, won a series in Australia for the first time and Virat Kohli, the mighty skipper, went down to the history books for this extraordinary achievement in his career.

India will now play the hosts in a ODI series.

It is India’s first Test series win in Australia since they started traveling to the nation in 1947-48.

India now have won Test series in every country except in South Africa.

What Sourav Ganguly missed by a whisker, Virat Kohli hits with a win!