In the election year, Bihar CM Nitish Kumar goes too closer to BJP 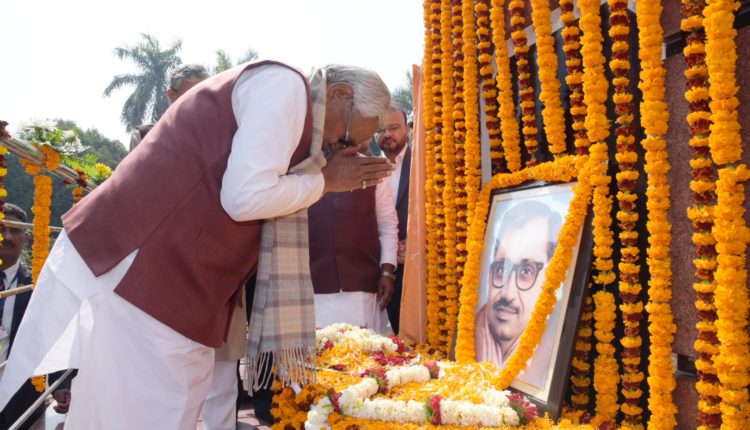 PATNA: Bihar chief minster Nitish Kumar who once gave the slogan of “RSS-mukt Bharat (RSS-free India) got further closer to the BJP on Tuesday when he unveiled the life-size statue of Pandit Deendayal Upadhyay, Bhartiya Jana Sangh founder and RSS thinker.

The BJP says the ideology of late Upadhyay has continued to inspire par workers.

On Tuesday, the chief minster rushed to a park in Rajendra Nagar locality of the state capital to unveil the statue of late Upadhyay. The photographs released by the Public Relations Department on this occasion triggered curious debate in the political circles.

His critics say the chief minister has already lost his “secular’ image by taking frequent U-turns on his party agenda of Article 370, Triple Talaq and Citizenship Amendment ACT (CAA).

“One moment, he talks about creating RSS-free India but the very next moment he unveils the statue of a RSS leader. We are not surprised at his acts. He can do anything to stay in power,” commented a RJD leader. 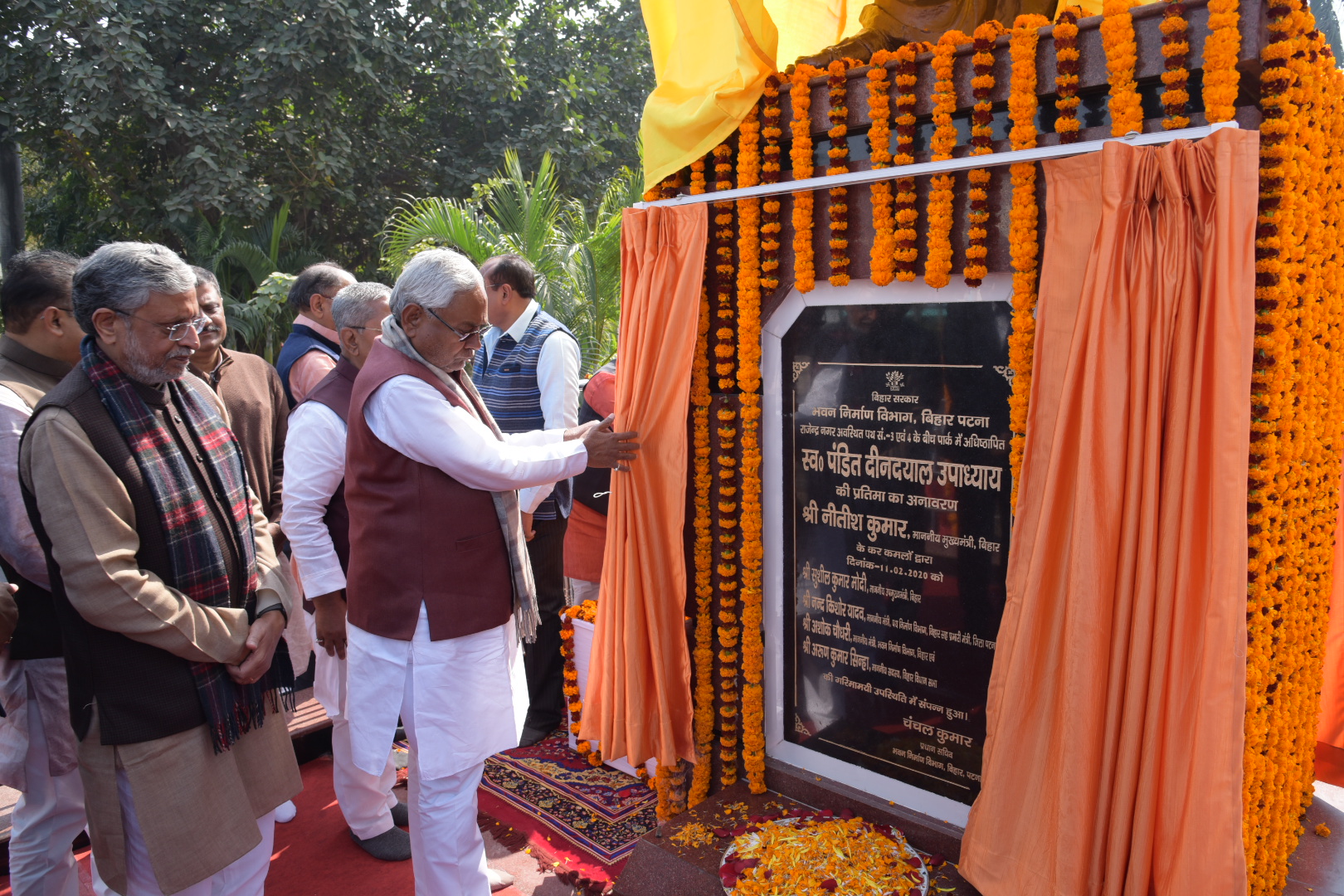 RJD chief Lalu Prasad took  dig at the chief minister for “bowing down” before the RSS thinker.

The During the April-May LS polls, the chief minister again had baffled everyone when he sought votes for firebrand BJP leader Giriraj Singh declared the Muslims would have to say Vande Matram or the nation won’t forgive them.

“Muslims will have to say Vande Matram if they need three yards of lands for graveyards,” Singh was quoted as saying in his election speech in the presence of party chief Amit Shah.

His hate speech drew strong protests from various parties, including NDA allies, such as JD-U and the LJP. A case was also registered against him for poll code violations under various sections of the Representation of People’s Act and the Indian Penal Code later.

“Ta Girirajji ko jitaiega? Pakka na? Hath uthakar bataiye. Ta mala pehna den na unko? Pehna den? (Will you please vote for Giriraj Singh? Will garland him if you give me concrete assurance),” Kumar was heard asking the masses before he garlands the BJP candidate at his election rally.

Last year, the chief minister Nitish Kumar had slammed same Giriraj Singh for accusing his government of being communal and provoking violence in the state during Ramanavmi festival.

Communal tensions were reported from various places, including Aurangabad and Nawada districts in the state during Ramnavami last year.