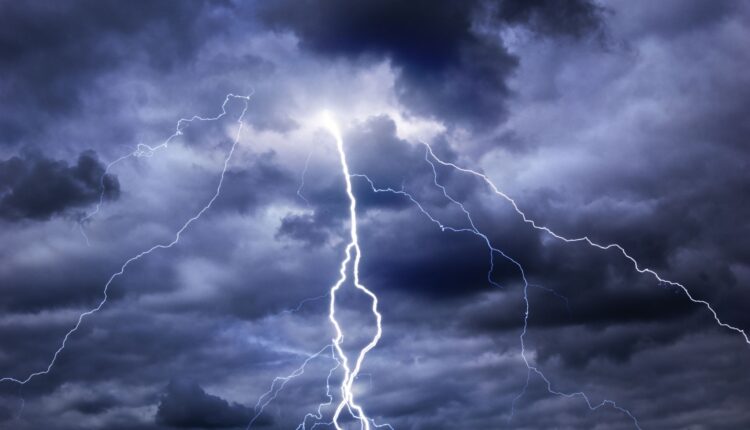 PATNA—Indian Meteorological Department issued an alert for thunderstorms accompanied with lightning in the next five days in  Bihar a day after the deadliest-ever lightening strikes killed 95 people on Thursday.

Media reports quoting IMD sources said on Friday that the monsoon was vigorous over the state in the last 24 hours.

It added that the widespread rainfall is likely to continue over the northeast and adjoining east India, including Bihar, in the next three days.

A disaster management department report on Friday said the lightning strikes claimed as many as 95 lives across 23 districts of Bihar on Thursday although unofficial reports put the number much higher. 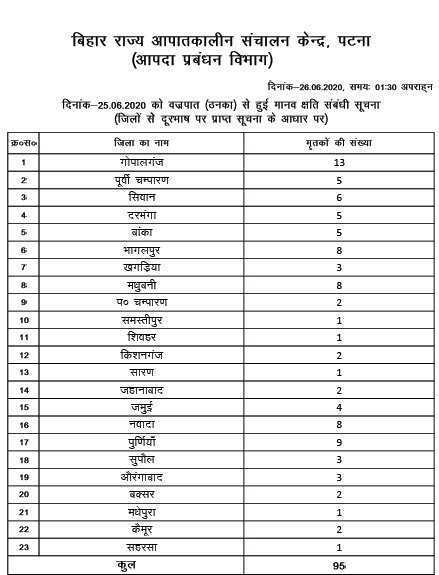 A maximum of 13 casualties were reported from Gopalganj district, followed by 9 in Purnia, 8 each in Nawada, Madhubani and Bhagalpur, 6 in Siwan and rest in other districts.

The state government has announced a compensation of Rs400,000 to each victim family.