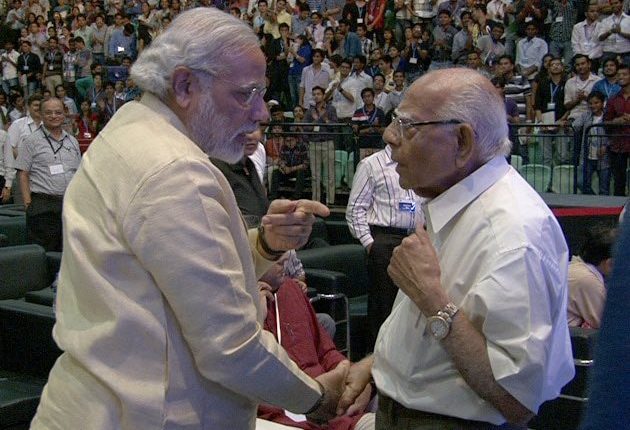 New Delhi: Ram Jethmalani, one of India’s finest criminal lawyers and Rajya Sabh member passed away on Sunday morning. He was 95 and had not been keeping well for the last few months.

He was representing Lalu Prasad’s Rashtriya Janata Dal (RJD) in the Rajya Sabha. He also served as a union minister in the previous United Front and NDA governments.

Politicians across the parties mourned his death after news of his demise came in. In his condolence message Prime Minister Narendra Modi said in his death, India has lost an iconic public figure.

“In the passing away of Shri Ram Jethmalani Ji, India has lost an exceptional lawyer and iconic public figure who made rich contributions both in the Court and Parliament. He was witty, courageous and never shied away from boldly expressing himself on any subject,” the PM tweeted with a photograph.

One of the best aspects of Shri Ram Jethmalani Ji was the ability to speak his mind. And, he did so without any fear. During the dark days of the Emergency, his fortitude and fight for public liberties will be remembered. Helping the needy was an integral part of his persona.

‘Project Giriraj Singh as the CM face of Bihar,’ demand supporters on his B’day