I commit to fight every one of these false charges openly: Prannoy Roy on CBI raid 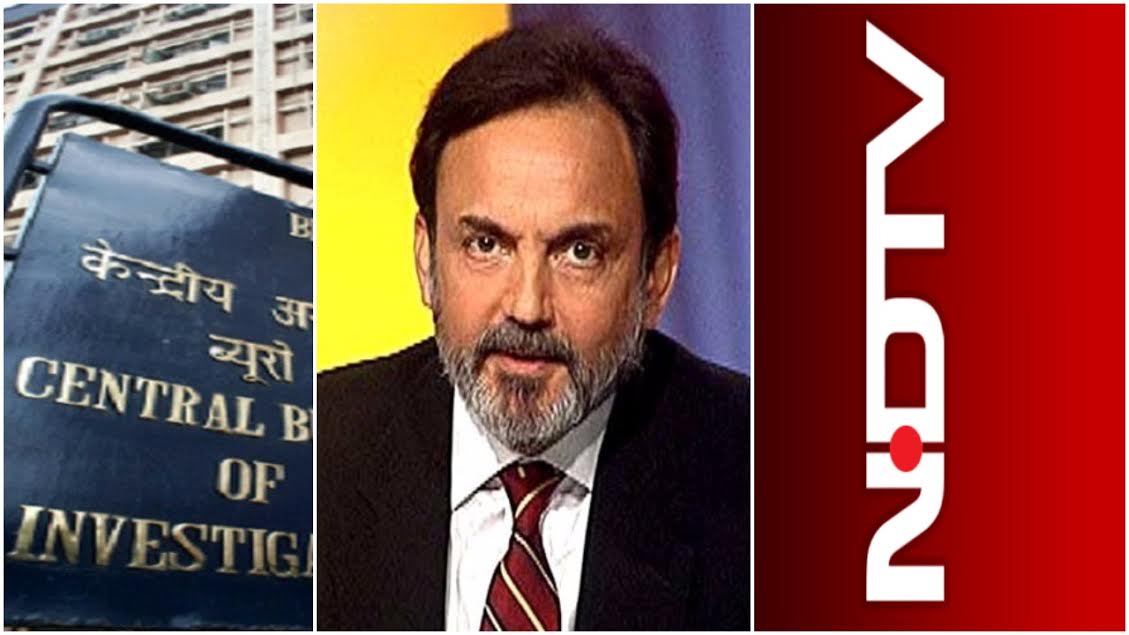 New Delhi: Eminent journalist Prannoy Roy on Friday reacted to the recent raid carried out by the CBI at his residence and said he would fight against all ‘false charges’ openly and transparently.

Speaking at the press club in New Delhi, he described the charge against his NDTV as “absolutely false and concocted”.

“I commit we will fight every one of these false charges openly and transparently….all we ask is that this inquiry be held in a time-bound manner,” NDTV co-founder said.

He said he or his wife Radhika never touched black money in their life and all his property were purchased with white money. He said they never bribed anyone.

“What did the government want to tell media by raiding NDTV? We will fix you, even if you are innocent,” Pranoy Roy said.

The Central Bureau of Investigation (CBI) launched raids on the residence of NDTV founder Prannoy Roy and his wife Radhika at Greater Kailash-1 in New Delhi on Monday.

Simultaneous raids are being conducted in three other places.

The CBI has registered a case against the Roys, a private company and others for causing an alleged loss of Rs. 48 crore to ICICI bank.

The FIR said the defaulted loan by Roy is for a private company RRPR Holdings Private Limited.

However, NDTV earlier claimed that the allegation appears to be for a loan which has been repaid by Prannoy Roy and Radhika Roy more than seven years ago…”NDTV and its promoters have never defaulted on any loan to ICICI or any other bank. We adhere to the highest levels of integrity and independence.”

” It is clearly the independence and fearlessness of NDTV’s team that the ruling party’s politicians cannot stomach and the CBI raid is merely another attempt at silencing the media,” the statement said.

“Even though lakhs and crores of rupees of dues have not been paid by several industrialists and no criminal case has yet been registered against any of them by the CBI, the CBI has chosen not only to register an FIR, but also conduct a search for a loan which has been duly repaid to ICICI Bank. Moreover, ICICI is a private bank.”

Discounting the allegation that no disclosure was made to SEBI and other regulatory authorities, NDTV said this is “not only incorrect and false but also does not clothe the CBI with any power to register cases and search which further amplifies the fact that the search by the CBI is only a witch-hunt against independent media.”

Prannoy Roy has been long hailed as a father of modern TV journalism in India and was highly respected as a journalist till in recent years controversies dogged the channel and its star reporters.