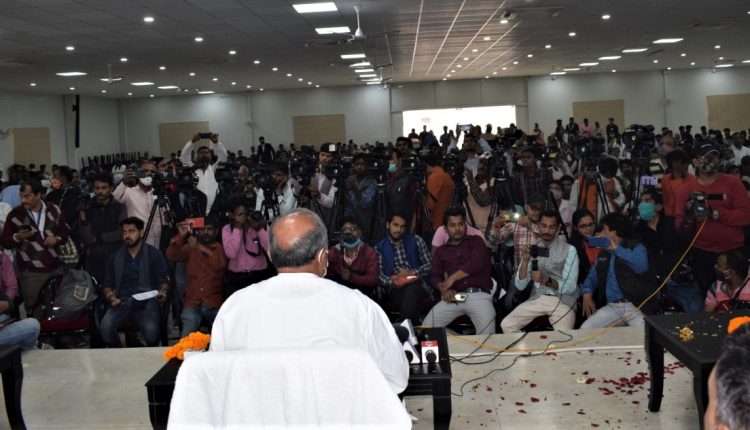 A total of 208 LJP leaders and office-bearers joined the JD-U at a “Milan Samaroah” organised in the JD-U office on Thursday. They included 18 district unit presidents, five general secretaries and heads of various party cells.

The development has left the LJP’s bungalows without men. ‘Bungalow’ is the poll symbol of the LJP which was formed by late Ram Vilas Paswan in 2000.

“We brought the LJP to the village-level, watered the party with our blood and sweat but when it came to rewarding loyal party workers, they were ditched. Tickets were given to the outsiders after taking money,” Keshav Singh alleged.

He alleged Chirag Paswan was involved in the Income Tax scandal and very soon he would be in jail.

The JD-U launched the massive poaching drive apparently as a reply to the LJP’s move to field candidates against the JD-U in the recently-held assembly elections in the state which brought the JD-U tally considerably down.

The JD-U was restricted to paltry 43 seats in the elections making it the number three party in the state. The LJP suffered heavy loss winning only one seat. On the other hand, BJP’s tally went up to 74—a gain of 21 seats.

The JD-U leadership has been straightway blaming the LJP’s move for the poor performance of the party in the elections and also demanding for ouster of the LJP from the NDA.