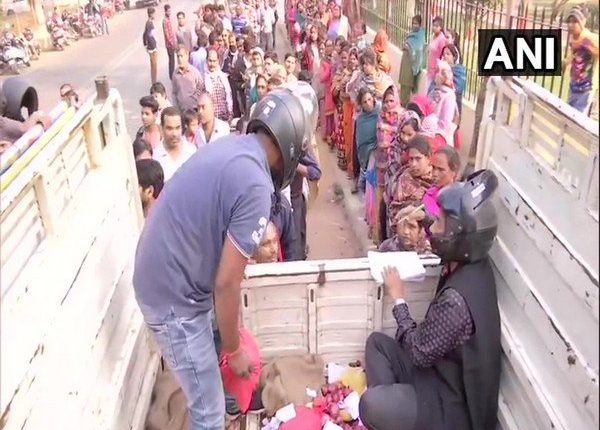 The onion is being sold at the rate of Rs80 to Rs100 in the general market but the Bihar State Cooperative Marketing Union Limited (BISCOMAUN) is selling it at only Rs35 a kg, leading to huge rush at the counters.

At several places, there was a virtual mad scramble among the villagers in the queues to lay their hands on the vegetable soon.

On Friday, some people even made abortive bids to loot onion while some of them even pelted stones on the staffs selling onions in Bhojpur district.

This ultimately prompted the staffs to wear helmets while selling onion to escape possible attacks from the nuisance elements in the queues. These photographs have now gone viral in the social media.

‘Maharashtra story’ could be replicated in Bihar too, claims RJD leader Raghuvansh Singh