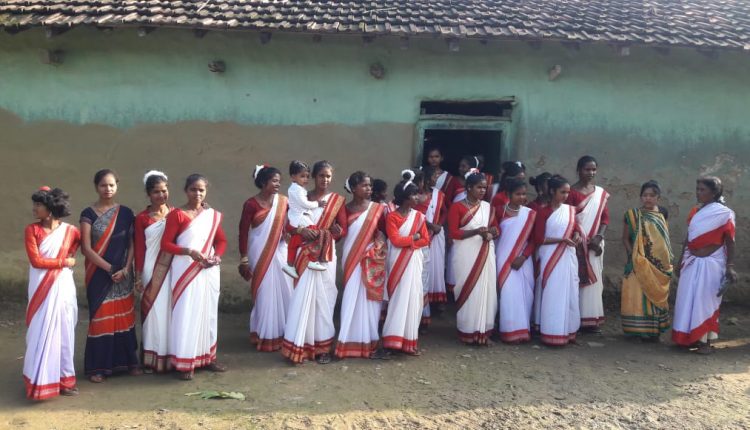 ﻿Tribal populations in Indian state of Jharkhand have been celebrating Nature in various ways. ‘Sarhul’ and ‘Karma’ are two major such festivals through which they celebrate the Nature, forgetting their all worldly worries.

In this video shot in Jharkhand, the tribal villagers are seen dancing and celebrating Karma festival. They can be seen making a round of Karma tree while carrying their newly-wed sisters on their shoulders with faces covered.

The dance is performed in Akhra of youth dormitory. Youth dormitories are almost in each tribe. In Oraon it is known as Dhoomkuriya. It is a traditional institution where tribal children and youths are trained with holistic methodology in order to make them a complete citizen to live the life with dignity. Institution is still alive.

“I am in support of keeping such institutions alive,” says prominent social scientist Prof Sachindra Narayan, a Member of Commission on Nomadic Tribes, Govt of India.