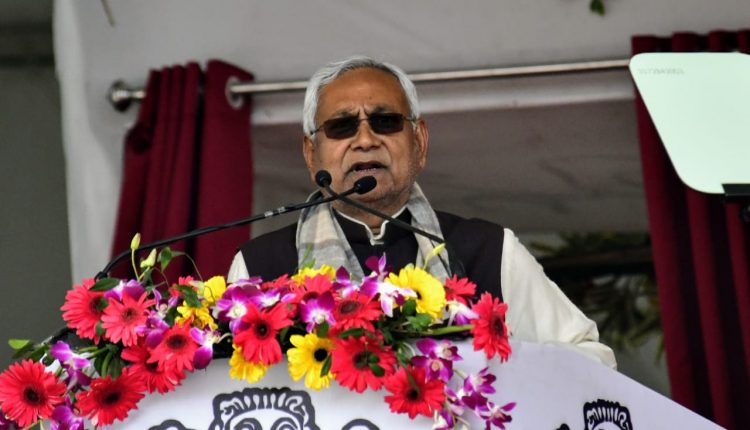 His remarks have now earned taunts from Bihar opposition leader Tejashwi Yadav who said by backing Nitish for the post, Modi has indirectly conveyed the message that he has no faith in the leadership of Prime Minister Narendra Modi.

“It means If he is Captain then PM is Coach & u don’t believe on the face of @narendramodiji,” mocked Tejashwi.

Turning towards Nitish, he asked, “Why this batsman even after 15 yrs of CMship always need a runner, believes in match fixing & player poaching? Why he kicked out BJP in 2013? He asked for votes on the name of PM not his”.

Tejashwi also took potshots at the BJP for failing to have its own chief ministerial candidate even 37 years after its formation.

‘Ask your father if there was any…

Another setback for BJP as party’s…

“The BJP describes itself as the world’s largest party but has failed to search for a suitable candidate for the CM post even 37 years after its formation and still remains dependent on Nitish for votes,” he wondered.

“@AmitShah ji, do you admit the fact that BJP faces such a drought of talents?” asked Tejashwi.

It’s not only the opposition, even the own party men are now questioning the wisdom of Modi for strongly backing Nitish for NDA’s CM face in Bihar.

“Sushil Modi has issued this statement in a hurry. There is neither any dearth of leadership nor the leaders in the BJP,” former Union minister Dr CP Thakur has told the media.

He said the central BJP leadership has not yet decided over who will be the chief minister face of the NDA and with which party it will enter into alliance.

Another former union minister Sanjay Paswan has already asked Nitish to vacate the throne for the BJP and shift to national politics.