How “over-ambitious” Mukesh Sahani writes his own political disaster 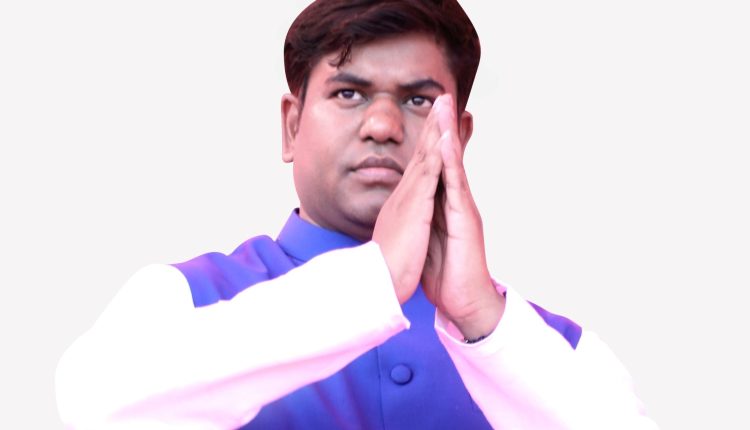 PATNA—The continuing behind-the-curtain fight between the two ruling NDA partners in Bihar—the BJP and the Vikassheel Insaan Party (VIP) headed by state animal husbandry minister Mukesh Sahani—has now not only come out in the open but also reached to a very interesting level.

While the BJP claims the VIP is no more the part of the NDA, the VIP chief has repeatedly refused to resign as a minister in the NDA government saying “I will fight till the end”. Anyway, Sahani’s term as a Member of the Upper House already expires on 21 July and there is not even the remote possibility of the BJP renewing his tenure given the level of political tussle.

However, Sahani himself is to blame for his predicament. As such, Sahani can be described as the perfect case of how “over-ambitiousness” proves disastrous.

Barely, six years in politics, Sahani just wanted to dominate every frontline political parties by claiming the support of “Mallah” (fishermen community) community–Sahani loves to flaunt himself as the ‘Son of Mallah’–and set conditions in lieu of support which were not only ridiculous but nearly impossible for any party to tolerate him for so long.He describes himself

The result was for everyone to see—not only has the VIP lost its representation in the Bihar assembly but its president also faces the prospect of losing his cabinet berth soon. Of the four VIP legislators, three of them have joined the BJP while another one died last years, necessitating by-elections.

Sahani, erstwhile a Bollywood stage designer, switched over to politics during the 2014 LS polls. Initially, Sahani campaigned for the BJP and its allies during the crucial 2015 assembly elections but the result was a big non-starter as the NDA could win only 58 seats in 243-member Bihar assembly.

Sahani soon quit the NDA since the BJP didn’t fulfill his promise of including the Mallah in the Schedule Caste category and his several of political demands.

Just ahead of 2019 LS polls, Sahani formed the VIP and allied with the main opposition Rashtriya Janata Dal (RJD) where it was given three seats to contest under the seat-sharing arrangement but it failed to win any.

Sahani also agreed to contest the 2020 Bihar assembly polls as part of the RJD-led Mahagathbandhan (Grand Alliance) but quit the alliance just ahead of the distribution of seats. Reports said Sahani not only wanted quite good number of seats from the RJD but also the post of deputy chief minister.

Subsequently, he reached the BJP and expressed his willingness to be a part of the NDA. The BJP accommodated the VIP in the NDA by allocating 11 seats from its quota and the Council berth to another from his party. Against his strong vote-bank claim, only four VIP candidates managed to win elections. Sahani himself lost elections.

Yet Sahani was inducted the animal husbandry minister in the NDA government. He faced first setback when he was nominated to the Legislative Council for a truncated tenure of only 18 months from the seat vacated by former BJP leader Binod Narayn Jha.

Thereafter differences between the two grew over various issues and came to such a level that Sahani even fielded candidates on 53 seats against the BJP in the just-concluded UP assembly where his party failed to open its account. The differences reached to such a level that Sahani even issued a full-page ad in local newspapers, asking the masses not to vote for the BJP in UP polls. This was enough for the BJP to take action against “over-ambitious” Sahani.

Sahani now publicly repents for not paying attention to the advice of the RJD chief Lalu Prasad but this is too late now. Now, the RJD too is not eager to get him to its side for his galloping political ambitions.