How jailed Lalu counters army of NDA rivals with his few-word ‘desi’ tweets! 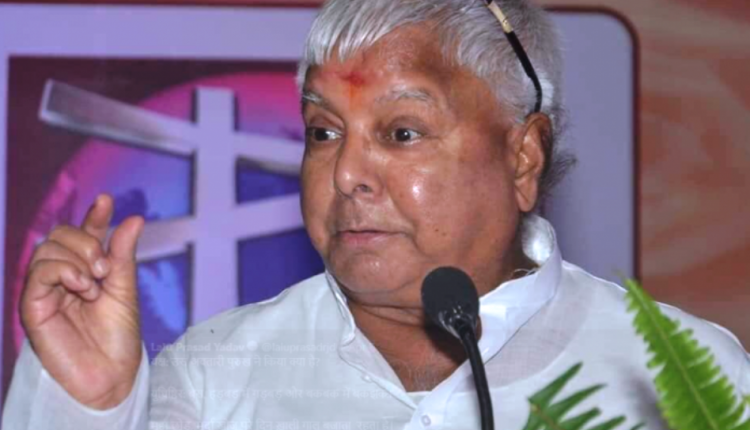 How? Through small tweets from his official handle! The tweets have been so stinging that the ruling NDA has fielded an army of spokespersons to counter Lalu Prasad but in vain.

The impact his tweets are leaving on the rivals can be gauged from the fact that let aside the state politicians, such as chief minister Nitih Kumar, Ram Vilas Paswan and Sushil Modi even top BJP leaders, such as Prime Minister Narendra Modi and party chief Amit Shah are repeatedly targeting Lalu at their election rallies.

Initially, it was mainly the state politicians who were attacking the RJD president but from the fifth phase both PM  Modi and Shah have gone on constantly targeting Lalu and his proverbial “Jungle Raj”.

So are the BJP’s much-trumpeted issues about air strike, Pakistan, Vande Matram and Modi’s effective foreign policy not working anymore in Bihar?

“Bihar has its own style of understanding politics. It has always been the trend-setter and is not guided by any other states. Modi’s statements mean his ideas are not working anymore,” commented political expert Prof DM Diwakar.

It’s really strange that the BJP has failed to tame Lalu despite the fact he in now in jail so strong is the RJD factor. The way the entire NDA leaders continue attacking Lalu Prasad and his party in their poll speeches and the media conferences speak volumes about this, say the political experts.

So what has happened with the NDA’s poll issues this time? Why the NDA is prompted to remind the masses about Lalu’s “Jungel Raj”? Experts say Lalu still remains a force to reckon with and the NDA is just finding it hard to tackle even the jailed politician.

What is quite frustrating for the ruling coalition is that Lalu is neutralizing the NDA attack with a ‘mix of few words’ packed in his own desi style and delivered through his Twitter handle.

“Listen to Nitish, you may shoot or hide your arrow in the mud flower is your own wish,” tweets Lalu, leaving the JD-U leadership stung.

Then he tweets: “Hey foolish man, where are you looking at? Radar is this side”. Apparently, he was taking potshots at PM Modi over his radar remarks.

Yet another tweet that left the party irked was his “stabbing in the back” remark made towards Nitish Kumar after he broke away from the RJD to form new government with the BJP against which he had won elections.

A series of such tweets at certain intervals have kept on disturbing the BJP and JD-U leadership which urged the Election Commission to take note of his tweets “from jail”.

But the Election Commission has not paid any heed to such complaints from the NDA saying Lalu Prasad himself has categorically said he had given permission to his office and the party to operate his twitter handle in his absence.