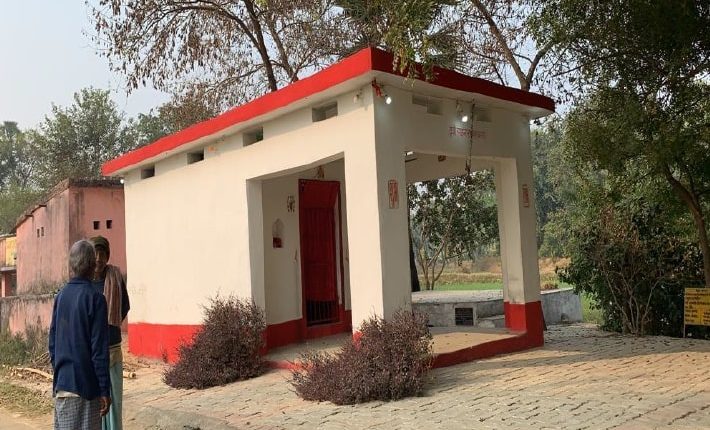 PATNA—A village in Bihar is winning applause for fighting the deadly Covid-19 infections by showing rare alertness and just using traditional methods. No residents from this village got infected with the virus so far even as the state was hit by as many as three waves.

The startling revelation came to the fore in a health survey conducted by the Society of Empowerment, a non-profit organization. The survey report was released only today.

According to the survey running into 41 pages, Sahapur village located in Belaganj block of Gaya district fought the covid waves by relying mainly on traditional methods.

The report stated that even at the peak of the second wave which claimed scores of human lives, the villagers used traditional methods like washing their hands with natural sanitizers prepared by boiling Neem leaves in water, doing gargling, covering their faces with ‘gamachhas’ (towels) and drinking Tulsi tea. The village is backward in terms of the development index as the total literacy rate is a little over 52 percent.

“The Covid-19 crisis was an unprecedented one but the residents from Sahapur village warded off the danger by simply relying on traditional and time-tested methods, rather than living in panic. This is an example for society,” project director professor Sachindra Narayan told The Statesman today.

Apart from using the traditional methods, the villagers also avoided going in public and asked the outsiders to follow the Covid guidelines.

According to the survey, the poor financial condition of the villagers also proved to be a blessing in disguise in tackling the deadly virus.

“The poor financial condition largely restricted the movements of the villagers as they didn’t visit the nearby markets to buy items of daily use,” said Pro Narayan who earlier worked with Patna’s AN Sinha Institute of Social Studies.

The survey said the lifestyle of the villagers also largely contributed to driving away from the virus from the village. “Ecology and Environmental conditions also supported villagers in defending from Covid 19. The economy of the villagers also prevented them from visiting local markets which also contributed in defending villagers from covid 19,” the survey said adding the remaining population of the State may also learn the traditional Tribal Therapy with the help of such herbs, roots, and fruits.

The revelation looks significant in the sense that the covid infection is spreading faster across the state in the third wave as compared to the first two waves. What is further important, the infection rate has now jumped to over three percent across the state now while in the case of Patna, it is more than 21 percent!