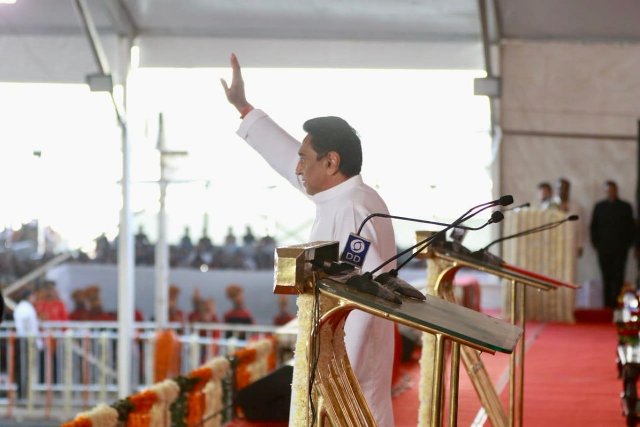 Bhopal: Just hours after he took oath as the Chief Minister of Madhya Pradesh, Kamal Nath on Monday waived off the loans for farmers in his state.

The loan waiver was promised by the Congress while campaigning in Madhya Pradesh ahead of the Assembly polls.

This is Nath’s first major decision after assuming office.

According to reports, Nath, under whose leadership the Congress scripted a victory in the state, signed the papers required for waiving off farm loans up to Rs2 lakh from nationalised and co-operative banks till Mar 31.

After a neck-to-neck fight in the assembly polls, Congress defeated the Bharatiya Janata Party (BJP) in the Assembly polls by a narrow margin to form the government in the politically crucial state.