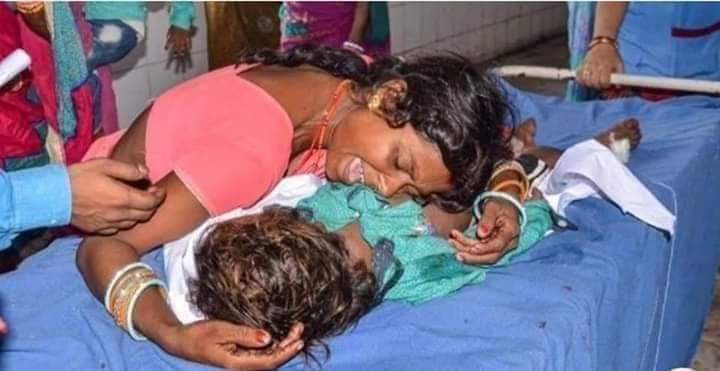 PATNA/RANCHI: Even as the death of children at a government hospital in Rajasthan remains a matter of serious concern, 170 infants have died in another Indian state—Jharkhand—in the past two months.

The incidents come amid the death of more than 160 children from suspected encephalitis in Bihar last year, amply explaining how lack of adequate medicare, sheer negligence and proper diagnosis have turned the states into a virtual “graveyards”.

Officials said as many as 170 children have died in the past two months while a total 1,150 children died in between January and December 2019 in Jharkhand, an eastern Indian state which only last month witnessed the power change.

The three-party Grand Alliance comprising the Jharkhand Mukti Morcha (JMM), Congress and the Rashtriya Janata Dal (RJD) ousted the erstwhile ruling Bhartiya Janata Party (BJP) from the seat of power. The BJP was in power since 2014.

All these deaths were reported from the Ranchi-based state-run Rajendra Institute of Medical Sciences (RIMS) which is one of the premier medical colleges in India. A maximum of 124 deaths were reported in September, followed by 119 in August, 117 in October, 104 in November, 94 each in April and June, 89 in February, 87 in January, 88 in May, 85 in July, 83 in March and 66 in December.

Parents blame mismanagement for the sorry state of affairs at one of the leading Jharkhand’s hospitals. According to them, although the hospital has Special Newborn Care Unit, Paediatric Intensive Care Unit and Neonatal Intensive Care unit for the proper treatment of the infants yet the gross mismanagement and negligence on the part of the hospital officials has led to this sorry state.

“We have been trying hard to save the children brought to the hospital but since their condition remains critical when brought, we hardly find time to save them. However, we have been able to save an average 85.44 percent newborns brought here,” paediatric department head at RIMS SR AK Chaudhary has said. He said the hospital administration had been facing resources crunch yet they were trying to overcome the problem.

Even worse situation was witnessed at the state-run Sri Krishna Medical College and Hospital (SKMCH) located in Bihar’s Muzaffarpur district where more than 160 children died from suspected encephalitis last summer (2019). SKMCH is the only advanced medical facility equipped to treat encephalitis case in Bihar, another eastern Indian state.

Initially, the doctors treating the children believed the mysterious disease was linked to the luscious litchis or lychees grown in abundance in the region but now researchers have found this fruit has nothing to do with the disease which has been striking the region since 1995.

The scene in the BJP-ruled western Indian state of Gujarat too is no different either. This state too has reported deaths of 134 children in the last one month, according to media reports. Congress’ Bihar in-charge and national spokesperson Shakti Singh Gohil expressed serious concern over the death of children in Gujarat and asked the government to act the way Congress government in Rajasthan is acting.

“Whoever is in power, their main duty should be to save lives rather than putting blames. The Rajasthan government swung into action soon after getting information about deaths of children at Kota hospital but the Gujarat chief minister is keeping mum when being asked about kids’ deaths. This is very insensitive approach,” Gohil has said in a press statement.

He said the total number of malnourished children in Gujarat is 142,142 as per the statement given to the Gujarat assembly by the government on July 9, 2019.