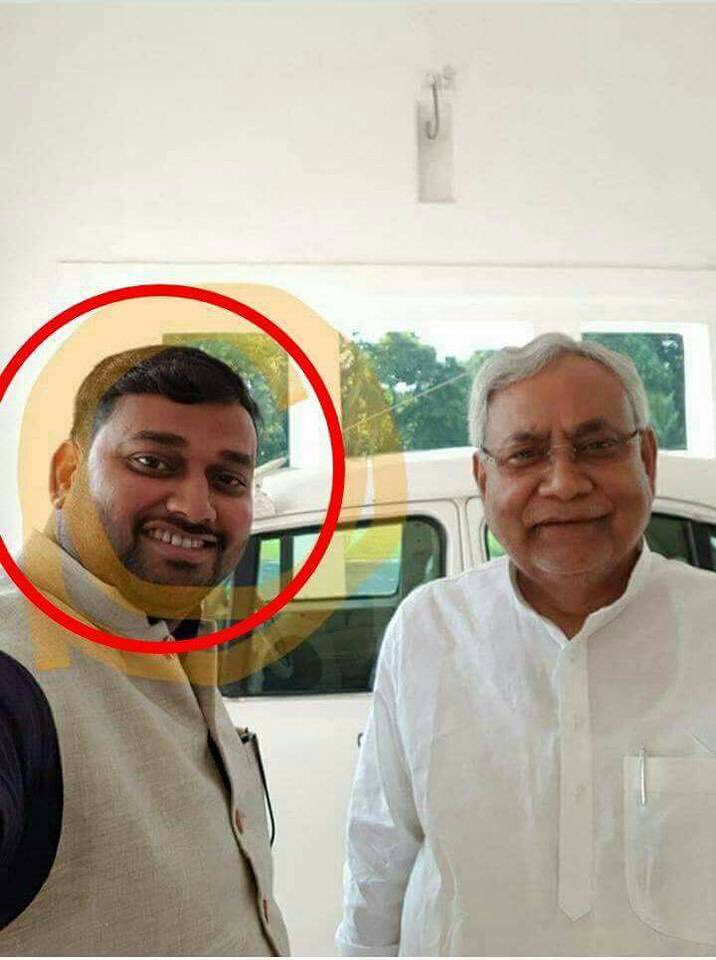 PATNA: The JD-U today expelled a party leader Rajesh Singh after his photograph with the chief minister Nitish Kumar went viral in the social media.

Singh who was the Bhojpur block chief of the party was main accused in the 2012 hooch deaths in which 29 people were killed, as per media reports.

Reports said Singh had facilitated the meeting of a villager who recently returned dowry for his son’s wedding with the chief minister.

During the meeting, he took selfie with the chief minister and posted it on the social media which subsequently went viral.

It was later revealed Singh was the key accused in the hooch deaths which took place five years back.

Soon after the matter reached the JD-U, the party leadership expelled Singh from the party.

RJD leader Tejahwi Yadav took potshot at the chief minister for getting photographed with a hooch death accused.

Aadhaar a threat to national security, will write to PM: Subramanian Swamy