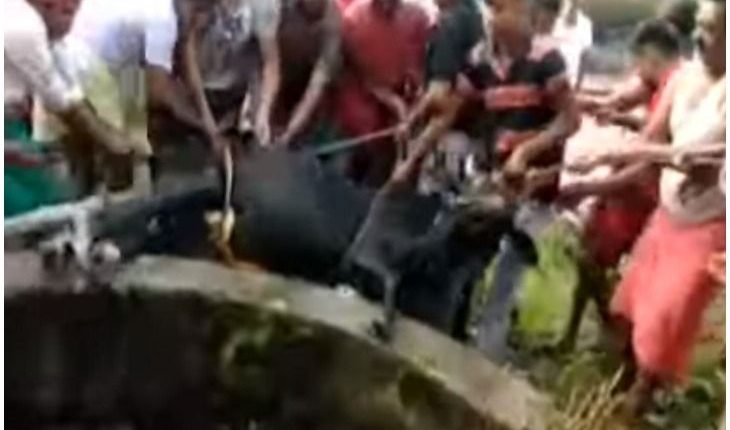 PATNA: In a brilliant example of communal harmony, villagers in Bihar joined hands together to save a cow which had fallen into a deep well. The cow belonged to a Muslim family.

The incident took place at Kopa village in Saran district on Tuesday, the day when Dusshera was being celebrated.

As per media reports, the local Hindu villagers were preparing for “Kalash visarjan” (immersing of holy pot) at the end of nine-day Navratra on Tuesday when they were informed a cow belonging to Mohammad Nizamuddin had fell into the village-side well while loitering around.

Hearing the news, the local villagers leave aside the holy pot immersion task and rushed towards the well to save the cow.

Soon a large number of villagers reached the spot and tried to save the cow. While some entered into the flooded well, some tried to drag the cow with the help of heavy ropes.

Witnesses said their first attempt went futile when the rope with which they had tied the cow broke down midway and the cow again fell into the well.

Later, they used heavy ropes to rescue the cow and ultimately dragged the cow out of the well.

Witnesses said Nizamuddin’s wife could not control herself when the cow was rescued after much effort. She endlessly kissed the cow and broke down, holding her head.