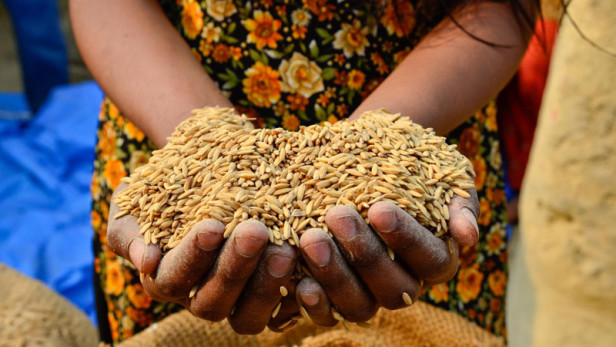 After holding daylong discussions with the senior officials of the State Government, the team led by Deepak Kumar, Joint Secretary, Department of Food, Govt of India, found that there was delay in lifting of food grains by the states in some districts which was main reason for not getting ration allocations by the beneficiaries on time.

It was also observed by the team that the State has not uploaded the data of National Food Security Act (NFSA) beneficiaries on the portal till now, which is one of the mandatory requirement for the allocation of highly subsidized food grains. This, the team felt, is depriving a number of beneficiaries from the allocation of wheat @ Rs. 2 and rice @ Rs. 3.

In view of the findings, Centre has urged the Bihar Government to ensure timely lifting of food grains from FCI godowns so that it can reach at Fair Price Shops in the beginning of the month. The States has also been asked to upload the data of all beneficiaries of National food Security Act on State PDS portal.

During the discussion computerization of TPDS was also reviewed. Officials said the State has digitized the data of NFSA beneficiaries but it has not been uploaded on States PDS portal which keeping deprived of some beneficiaries of subsidized foodgrains’ allocations. The State was asked to display the beneficiaries’ list on the portal prominently.

It was informed that under a campaign in each village and town, Aadhar number and other details of beneficiaries are being collected which will be completed in three months.

During the daylong review, the state was asked to also install ‘Point of Sale Device’ at FPS for biometric identification of beneficiaries at the earliest to check leakage in PDS

The state Food Secretary informed that such devises are being installed at 56 FPS of Noor block of Nalanda district under system integrator model. He also informed that DBT will also be introduced as pilot project next month in one of the block of Purnia district.