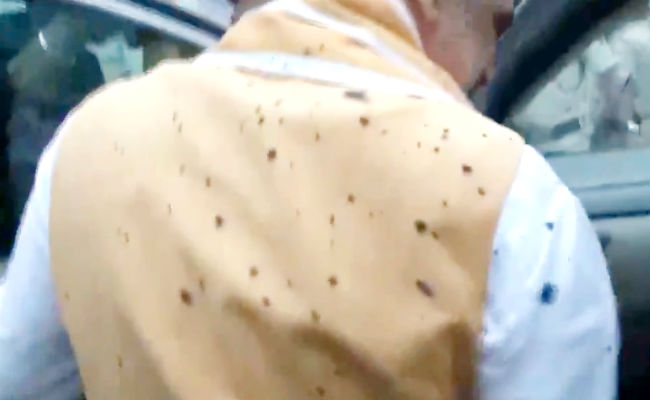 PATNA: Union minister of state for health Ashwini Kumar Choubey was greeted with ink when he reached the Patna Medical College and Hospital (PMCH) to meet the dengue patients admitted there on Tuesday.

Witnesses said the minister was coming out of the hospital ward where the patients had been admitted when a youth threw ink at him and fled away.

#WATCH Bihar: A man threw ink on Union Minister of State for Health & Family Welfare Ashwini Choubey while he was visiting dengue patients at Patna Medical College & Hospital. The man managed to escape. Minister says "Ink thrown on public, democracy and the pillar of democracy." pic.twitter.com/gVxsfdLz8d

The ink left minister’s coat dotted with blue marks all over. The minister described the incident as an attack on the democracy, rather than on him.

Anger has gripped Bihar in the aftermath of dengue outbreak followed by incessant rains which left many parts of the state flooded. Especially, Patna remains the worst hit by dengue.

As per reports, more than 100 localities of Patna are now in the grip of dengue with huge rush being witnessed at health centres for health check-up every day.