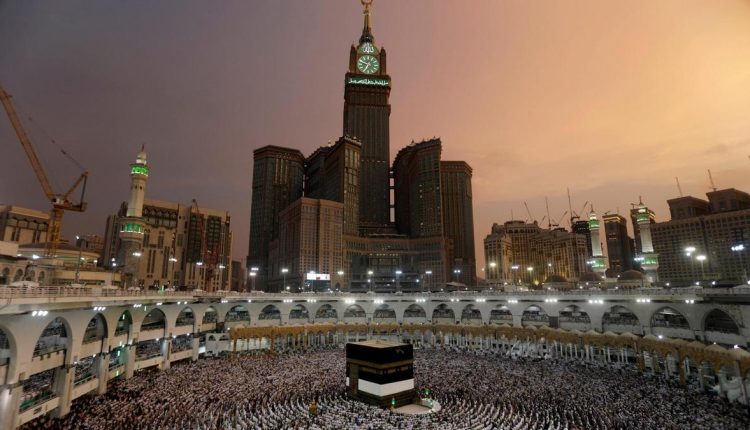 JEDDAH: The Saudi Ministry of Health (MOH) is taking all necessary measures to ensure hospitals and health centers in the holy cities of Makkah and Madinah are well equipped to provide around the clock services as this year’s Hajj season gets under way.

The ministry said in a statement on Thursday that “its hospitals and health centers in Makkah and Madinah continue to provide quality specialized services to the pilgrims during the Hajj pilgrimage this year 1440 AH (2019)”.

In its latest statistics issued on Thursday, the ministry said that a grand total of 299,557 male and female pilgrims have received medical care in hospitals and health centers in Makkah and Madinah between July 4, when the Hajj season started, and Wednesday August 7.

According to the ministry, a total of 25 open heart operations and 587 cardiac catheterizations were performed in the hospitals in Makkah and Madinah, along with 1,615 dialysis operations, 67 endoscopic operations and 393 different other surgeries, while 2,044 pilgrims were admitted to hospitals. Seven births were also recorded to date.

Saudi Arabia has so far welcomed 1,849,817 pilgrims from abroad for the annual Islamic Hajj pilgrimage which begins on Friday, according to the latest statistics issued on Thursday by the Saudi General Directorate of Passports.

In total, more than two million people, including Saudis and expatriate residents of the Kingdom, are expected in the holy cities of Makkah and Madinah for the Hajj this year, said a Press statement issued by the Center for International Communication, Ministry of Media, Kingdom of Saudi Arabia.

Last year more than 2.37 million pilgrims travelled to Makkah for Hajj, about 1.75 million of whom came from outside of the Kingdom.

On standby are 25 hospitals and 156 health centers in Makkah, the holy sites and Madinah with a combined total of 5,000 beds.

More than 25,000 health-care professionals are serving pilgrims. The ministry has also equipped 18 health-emergency points at railway platforms at the holy sites, while 180 ambulances and 17 emergency centers at Jamarat Bridge have been mobilised.

The ministry said that it had been closely monitoring developments and changes in the global health situation, in cooperation with the World Health Organization (WHO) and international health authorities.

The Minister of Health, Dr. Tawfiq bin Fawzan Al-Rabiah, has confirmed that the health status of pilgrims is reassuring and there are no epidemic cases or quarantine diseases up to date have been recorded among the pilgrims and the number of pilgrims who received health services have reached more than 233,000.

In a statement carried on Tuesday by SPA, Al-Rabiah said, “Since its establishment, the Kingdom of Saudi Arabia has been dedicated to harnessing all  man and  physical resources, in order to achieve the comfort, safety and security of pilgrims through the cooperation of all government departments and agencies, including the Ministry of Health, which provides the best health services (preventive, therapeutic and ambulatory) through an integrated system, as many health facilities are vastly spread throughout the Kingdom, from entry points, through the Hajj areas to Makkah, Madinah and the holy sites, which are equipped and supported with all their needs at various preventive, diagnostic, therapeutic and ambulatory levels.”

The Ministry of Health Dr. Al-Rabiah said that the Ministry of Health is honoured to serve the pilgrims. As it tracks developments and changes in the health situation globally in conjunction and coordination with the World Health Organization (WHO) and international health bodies such as the international Centers for Disease Control and Prevention.

On July 23, the ministry started implementing its annual programme, Hajj Health Advisor, which comes in line with its keenness to protect the health and safety of pilgrims, citizens and residents and provide them with medical advice and guidance through the health centers’ hotline, 937, as well as through the ministry’s twitter account, @saudimoh.

The programme will host a group of consultants and specialists from diverse fields of medicine on a daily basis for a week to respond to pilgrims’ needs and queries.

The annual programme did bear fruit as the health ministry reported two medical success stories, one of an Iraqi woman who suffered a serious ventricular fibrillation while in Makkah and used the hotline. She received a pacemaker.

In another case, sight was restored to a blind 58-year-old Iranian pilgrim at King Abdullah Medical City in Makkah.

Meanwhile, the Ministry of Health said on Thursday that the total number of vaccination status checked at points of entry stood at 1,686,331 certificates by 6 pm on Wednesday.