Harassed by fanatics, Muslim family reconverts to Hinduism in Bihar 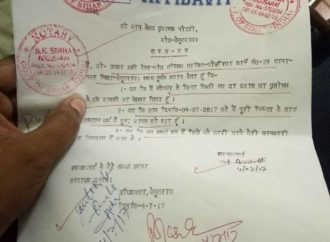 PATNA: A Muslim family in Bihar has reconverted to Hinduism, irked at being constantly harassed by his community members for his liberal attitude.

Mohammad Ali Anwar, an advocate from Pokharia village in Begusarai district, embraced Hinduism along with his two sons, Aamir Subhani and Samir Subhani, on Tuesday after prayers at a local Hindu temple.

Anwar said he had respects for all religions and admitted his sons to an English medium school, instead of a Madarsa which was strongly objected by the Muslim community.

“Fanatics began torturing us and also beat us when I participated in the functions of Hindus and admitted my children to English school, instead of Madarsa. Hence I decided to embrace Hinduism. All religions are one,” Anwar told the media today.

He said he was voluntarily returning to the Hindu religion. “I am making a home coming without pressures or temptation,” Anwar said in his affidavit.

NDA’s presidential candidate Kovind is not a ‘Dalit’: Lalu

Indian groom abandons bride on the road, flees after getting less dowry