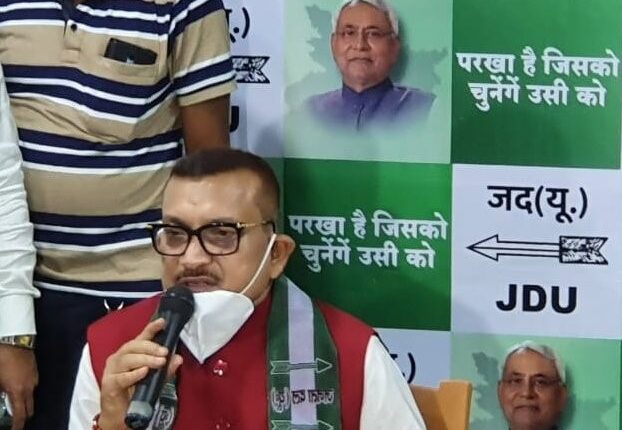 Pandey rushed to the official residence of the chief minister today where he was given the membership of the JD-U by Nitish himself.

“The chief minister called me and asked to join the JD-U. I will do whatever I will be asked to do….I am a simple person, I don’t understand politics,” Pandey told the media after joining the party.

Speculations were rife about him entering the politics after he met the chief minister in the JD-U office on Saturday but he denied any political talks with the latter.

Pandey had taken voluntary retirement from the police service earlier this week.

There are reports that he could be the JD-U candidate either for an assembly or the Valmikinagar Lok Sabha seat falling vacant after the death of the sitting parliamentarian.