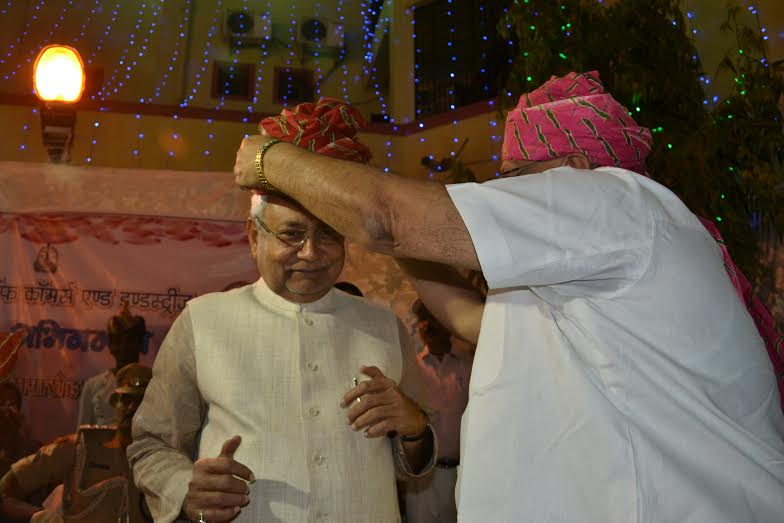 A hint of this came on Monday after scores of JD-U leaders batted for Kumar as the next president of the party.

“There should not be any surprise if Nitish Kumar takes over as the president of the party,” remarked JD-U minister Lalan Singh today.

“Nitish Kumar is the demand of the time, need of the country,” observed Rajak. He was supported by another minister Shrawan Kumar.

The remarks came on a day when Sharad Yadav stepped down as the JD-U’s national president saying he does not want to continue further on the post.

“Sharad Yadav decided to step down as president as there is no provision for a fourth term for the post in the party constitution,” JD-U spokesperson KC Tyagi was quoted as telling the IANS today.

Informed sources said the RLD and JVM which are to be merged with the JD-U have urged Kumar to head the new entity citing his popularity and clean image.

As per reports, the JD-U is planning to expand its base beyond Bihar by forming a new entity after a merger of three parties, two others being the RLD headed by Ajit Singh, which has its base primarily in UP and JVM which is active in Jharkhand. JVM is led by Babulal Marandi.

Reports said the heads of the three parties are to meet shortly in New Delhi to complete the merger formalities.

The RJD headed by Lalu Prasad, however, has announced not to go with them. “It’s good that these parties are merging but RJD will not be a part of this,” Prasad told the media on Sunday.