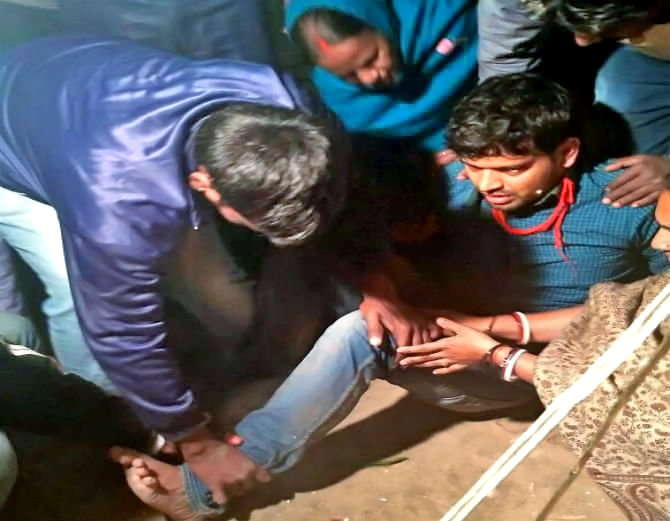 PATNA: A man was kidnapped from a wedding function in Bihar and then forced to marry an unknown girl against his wishes under the shadow of guns.

Vinod Kumar, an engineer, had gone to attend the wedding of his friend in Nalanda district recently when he was kidnapped by a group of men.

He was then taken to the Mokama areas of Patna district where his marriage was solemnised with an unknown girl.

According to the victim, the alleged kidnappers assaulted him when he refused to marry and join the wedding rituals.

In a video that gone viral in the social media, the groom is seen crying bitterly as some women wipe his tears with their saris.

He is also seen being dragged his feet by some men and being forced to join the wedding rituals.

“We are only performing your wedding, not hanging you. Why are you crying loudly? Shut up,” a girl family member was heard telling the groom in a video, according to Gulf News.

According to media reports, such kind of rituals known as “Pakadua Vivah” or forcible marriage is quite common in certain parts of Bihar.

Such marriages are often carried out by the families who want suitable grooms but are unable to have them owing to hefty dowry demands.