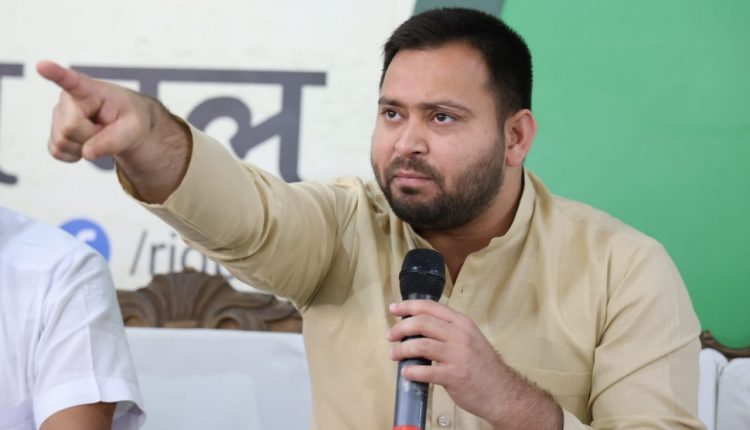 PATNA—The Grand Alliance headed by RJD has given a call for state-wide bandh (shutdown) in Bihar on Friday (March 26) to protest alleged police assaults on opposition lawmakers and ‘disrobing’ of democracy by the ruling NDA alliance.

“We urge all the people from Bihar to take part in the protest and raise their voice against this egoistic government,” Bihar Opposition leader and RJD lawmaker Tejashwi Yadav told a Press conference in Patna on Thursday.

He said the Bihar Special Armed Police Bill, 2021 which empowers the police force to arrest people without a warrant was passed from the Bihar assembly at the point of gun. “Sadly Nitish Kumarji is giving clean-chit to it,” Tejashwi said.

He said he had ample evidences of police excesses committed in the Bihar assembly and alleged he too faced murderous attacks from some quarters. He claimed he had footage to prove his point.

The opposition parties have accused the police forces of badly assaulting, kicking and punching the legislators protesting against the Police Bill before throwing out from the House premises during their protest in the House on March 23.

“Our lawmakers were beaten up inside the temple of democracy. Nothing could be more disastrous than this,” Tejashwi said.

The CPI-ML which is a part of the Grand Alliance has asked chief minister Nitish Kumar to tender public apology for what it said “murdering the democracy”.

“We won’t allow the BJP-JD-U alliance to turn ‘land of democracy’ into ‘graveyard of democracy’,” top party leaders said in a joint issued today.