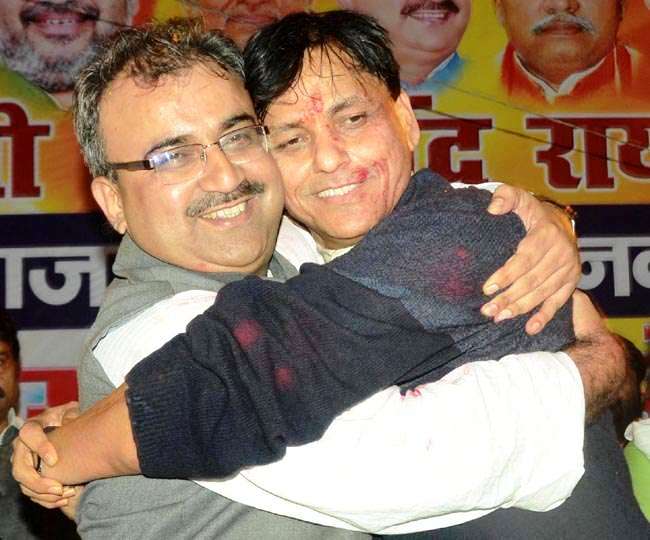 PATNA: That was what the BJP, perhaps, expected from him—a man with calm face but turbulent voice.

Seconds after formally taking over as the new president of party’s Bihar unit, Nityananad Rai launched a massive assault on the ruling Grand Alliance, daring it to hold fresh assembly elections in Bihar and describing its victory as a “fluke”.

“It (GA) won the assembly elections by fluke but if polls are held today, we will make them bite the dust,” newly-appointed BJP chief declared, addressing a meeting of leaders and workers at the party’s state headquarters on Friday evening.

He charged the GA leaders with misleading the masses apparently on reservation issue and capturing power in the state.

Charging the present regime with failing on all fronts, Rai alleged, “The present government has nothing to show on development front. Instead, incidents of crime have overshadowed the much-hyped seven resolves of the chief minister…they are resolves of ‘destruction’, and not of development,” he alleged.

He also accused the chief minister of being “copycat” who has given new names to the schemes launched by the Centre.