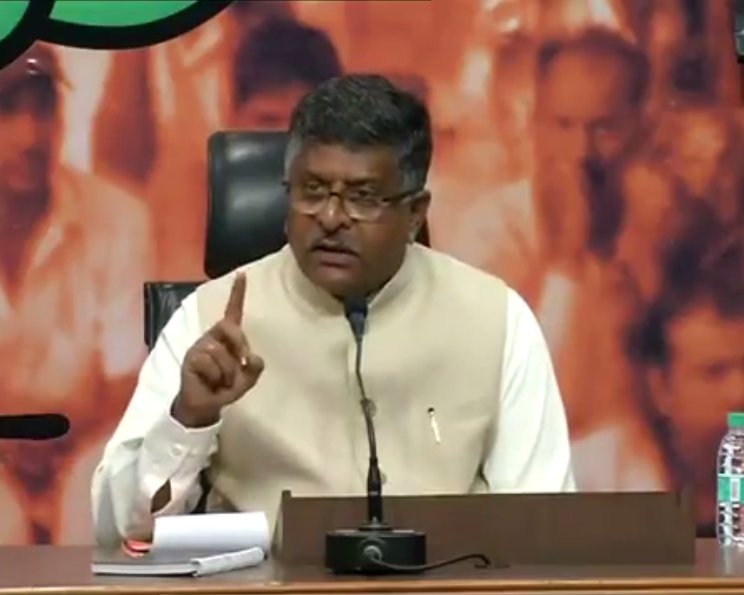 NEW DELHI— Union Minister for Law and Justice Ravi Shankar Prasad on Saturday said Indian government was ready for a dialogue with anti-CAA protesters provided they come in a delegation. Protests have been going on across the country since the Narendra Modi government came out with the new citizenship law in December last year.

Prasad said, “As Law Minister, I want to assure that not a single person from our minorities will be deported from the country.”

“But I want to ask minorities a question. Can the US, UK, Germany, Sweden or France allow anybody to enter their countries and settle there? I am naming these countries because they are democracies. If they can maintain register for their citizens, it is alright, but if we even start a debate about preparing such a register, is it improper?”

Prasad however clarified that there was no proposal before the government to start work on National Register of Citizens (NRC) presently.

“Even the format is not ready, nor has it come before the Cabinet. The Prime Minister has clearly said that there is no proposal for preparing NRC at the moment. At least have faith in the words of our Prime Minister,” the minister assured.

He informed the Centre was revising guidelines to prevent rumours on social media.

He said: “Yes, It is a matter of grave concern. We are going to revise the guidelines. As Law and IT Minister, I want to tell all the three big platforms, WhatsApp, Facebook and Twitter that India’s laws that are applicable in such matters on our citizens are also applicable for them. I would like to tell them, please do not allow your platforms to be misused for peddling rumours, otherwise action will be taken.”

Prasad praised Delhi Police and news channels for rubbishing these rumours about fresh riots within hours of being circulated.

The Law Minister said that the recent communal riots in Delhi were not spontaneous but premeditated.

“A big cache of acid bombs, petrol bombs, huge slinks and stones were found from the house of a corporator. These cannot be accumulated overnight,” he wondered.