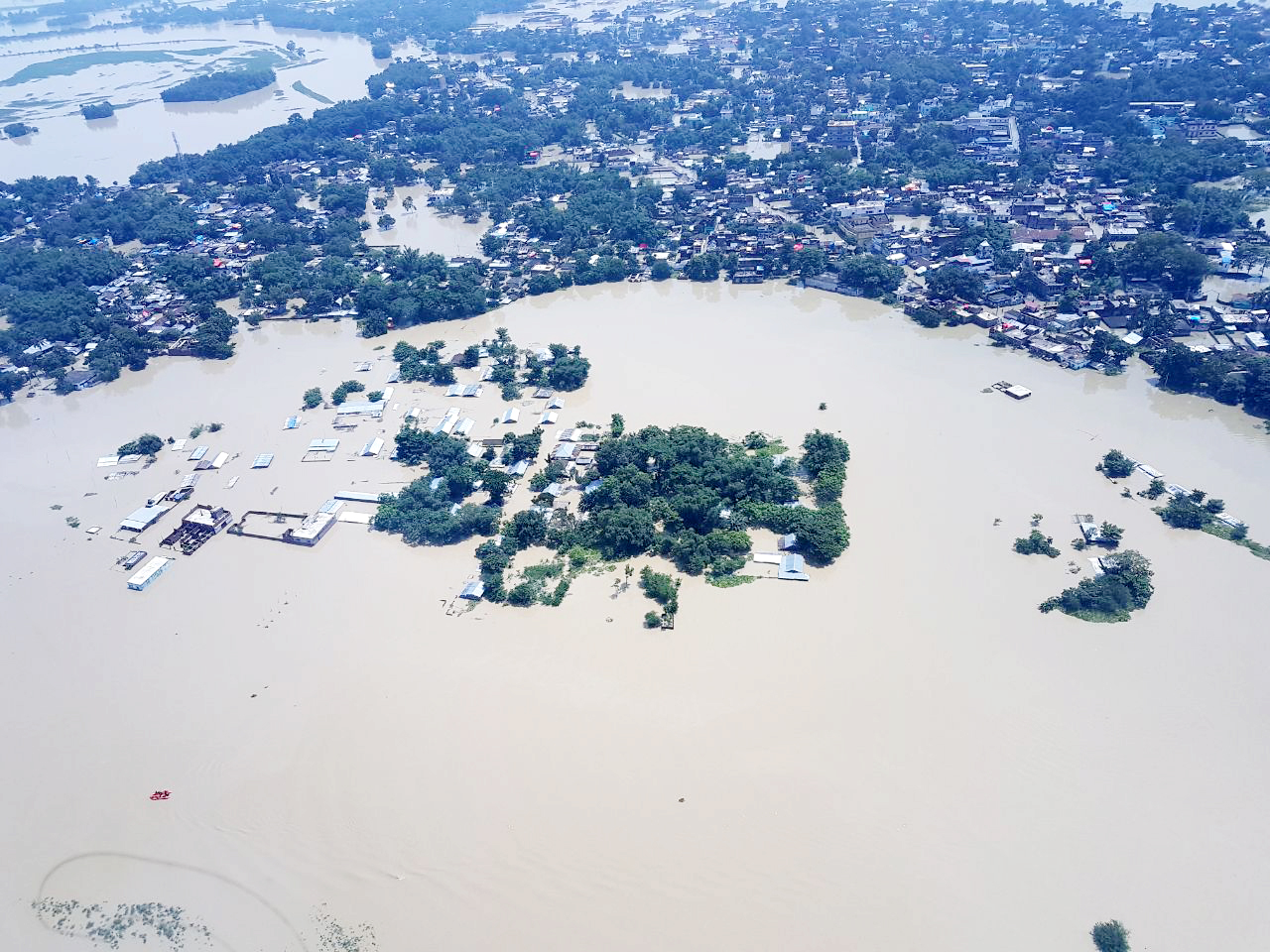 PATNA: As many as 41 people have been killed in Bihar as the flood situation turned grim on Monday. Floods have affected over three million population settled across 12 district of Bihar.

“Principal secretary of the disaster management department Pratyay Amrit confirmed that so far 41 deaths have taken place due to floods. While 20 people died in Araria, six in Sitamarhi, five in Kisanganj, three each in East Champaran, West Champaran and Darbhanga districts and one in Madhubani,” the said official was quoted as telling news agency PTI today.

Meanwhile, the state government today cancelled leaves of its employees, officials and doctors in the flood-hit district as the flood situation worsened further.

With more than three millions caught up in floods, the government today tried hard to rush relief to the marooned villagers involving army jawans and disaster response personnel.

As many as four columns of army, 16 teams of NDRF and 13 teams of SDRF have been deployed in various districts reeling under floods to help the flood victims.

The chief minister Nitish Kumar said the flood situation, particularly in the Seemanchal (Bihar’s eastern border) region is very grim but said the government has launched relief works on war-footing.

“Araia and Kishanganj are the worst affected districts where floodwaters have entered into any villages about which none can expect,” Kumar said after conducting aerial review of the region earlier in the day.

He said the flood situation had been caused by heavy rains. “This is the result of nature’s fury but we will do whatever the maximum we can,” he said.

According o a report from the Central Flood Control Room, many rivers such as Kamala Balan, Mahananda, Parmar and Bagmati have broken its mud embankments at many places. This has further worsened the flood situation in the state.

Nitish cracks down on Sharad’s loyalists, 21 shown the door as split stares JD-U