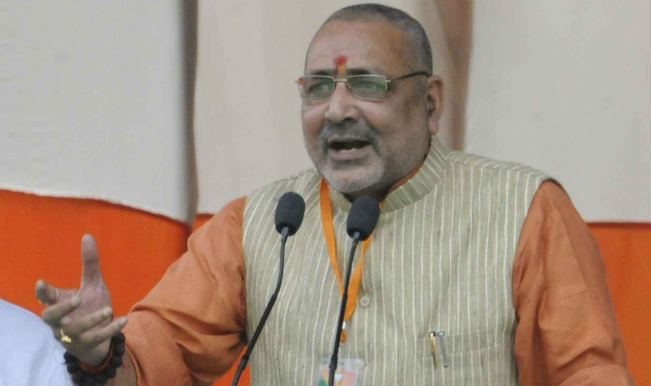 PATNA: Police in Bihar were investigating the land grabbing charges against union minister Giriraj Singh after a case was registered against him with the Danapur police station in Patna district on Wednesday.

The case was registered against the minister on the instruction the district and session court.

Singh has been booked along with 32 persons in the case registered under various sections of the IPC and SC/ST Act.

In his complaint, the complainant Ram Narayan Prasad who comes from the Dalit community alleged the accused grabbed a land parcel of two acres and six decimal that he owned, according to media reports.

“As per the court order, an FIR has been lodged under relevant sections of the IPC and also the SC/ST Act. Further investigations are on”, a local police official was quoted as saying by news agency PTI.

Bihar schoolgirls save friend from becoming a ‘child bride’, get applause