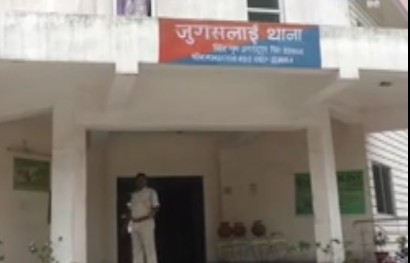 PATNA: Cops at a police station in Jharkhand state have been forced to offer regular prayers inside the office to propitiate the “wandering souls” as the ghost fear torment them quite much.

Such is the panic that they leave the police station strictly by 11 at night each day to escape ire of the supernatural powers, witnesses say.

The place facing the ire of the “ghosts” is Jugsalai police station located in Jamshedpur town of Jharkhand state, some 445 km south of Patna.

“Nothing appears fine here. We feel terrified all the time out of sudden fear,” a sub-inspector S Baske posted the police station told a local the Gulf News on Friday. According to him, they have to offer prayers every month to propitiate the wandering souls.

Cops posted with the police station say peculiar sounds emanate from inside the office once the night falls and its frequency increase shortly past midnight.

“None likes to stay at the police station at night and it is totally deserted by 11 PM every day,” the paper quotes another policeman recounting horror.

According to him, the telephone lines get routinely out of order despite all their best efforts. “We have been repairing the phone lines on daily basis but they strangely stop working by evening. This is everyday problem,” informed the cop.

A policeman revealed the reason behind the ghostly problem. According to him, the said police station has come up at a place which earlier was being used as a “cremation ground” by the local villagers.

“Apparently, that’s the reason why our police station is in grip of ghosts,” he explained.

11 members of family found dead inside home in national capital