Fuming Lalu ‘pads up’ for new inning, claims he will hit Narendra Modi govt for a six! 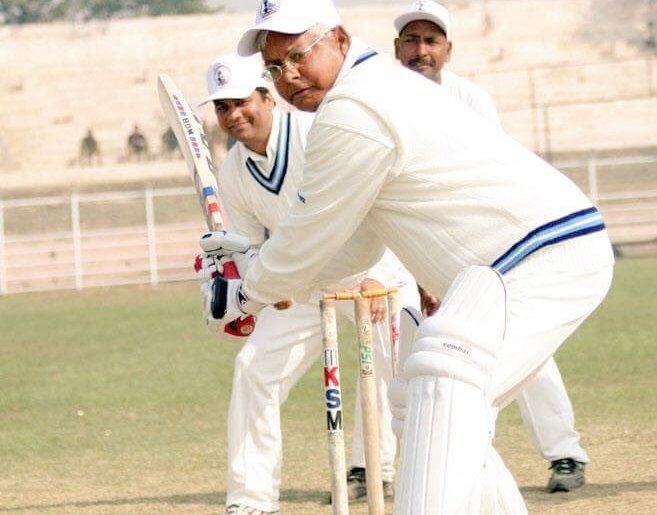 PATNA: RJD chief Lalu Prasad has “padded up” for a new role—to teach a lesson to the BJP.

In his new avatar as a “cricketer”, Prasad today tweeted apparently an old photograph of himself, showing the maverick politician well padded up and hitting a ball at the cricket pitch!

“I invite all the non-BJP parties to join a rally at Patna’s Gandhi Maidan on August 27 and hit the BJP for a six ,” Prasad tweeted in Hindi on Sunday.

The RJD, it may be mentioned here, has announced to hold a massive rally against the BJP in Patna in August this year and has invited all anti-BJP parties to join it.

Prasad has been just unsparing in his attack on the BJP and single-handedly challenging the party much before Bihar chief minister Nitish Kumar joined the Grand Alliance.

The RJD chief declared a war on the BJP shortly after a local party leader Sushil Kumar Modi opened a front against him and made a series of revelations about how Prasad and his family had been acquiring lands through alleged front companies.

“I will burn Lanka of the Narendra Modi government,” Prasad has declared.

The BJP reacted by stating that it’s Lalu’s Lanka which is under fire now.

“It’s for everyone to see whose Lanka has gone up in flame now,” remarked state BJP president Nityanand Rai.

Bihar villager comes out of ICU in ambulance to cast vote, dies soon after voting