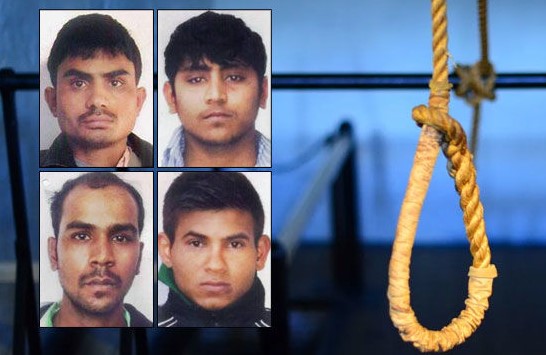 PATNA—Smart Delhi Nirbhaya gang-rape convicts are employing every tricks to delay their hanging. They are to be hanged on March 20.

On March 17, 2020, Punita Devi, wife of Akshay Thakur, one of the four convicts, filed a petition in the Aurangabad district court of Bihar seeking divorce from her husband.

“My husband has been convicted in the rape case and he has been awarded death. Although he is innocent, I don’t want to lead the life of widow and hence want divorce,” she said in her petition filed in the court of Justice Ram Lal Sharma.

The court has posted the matter for hearing on March 19.

Punita’s lawyer Mukesh Kumar told the media that the woman has the right to seek divorce from her husband under Hindu Marriage Act.

This comes barely a day after the families of the convicts requested President Ram Nath Kovind for “mercy killing” or euthanasia.

“In our country, even mahapapi (great sinners) are forgiven. Revenge is not the definition of power. There is power in forgiveness,” the family members said in their written petition to the President. The letter has been penned by their elderly parents, siblings and children.

In another twist to the whole story, three of four convicts have knocked the door of the International Court of Justice (ICJ), seeking stay on execution of death sentences awarded by the Indian court.

The family member of one of the complainants Mukesh Kumar has also approached the National Human Rights Commission (NHRC) seeking stay on execution.

“Due to various kinds of viral infections such as Corona virus, pollution and other hazards, the life has become very short in Delhi NCR region hence, the death penalty and its execution is not at all justifiable,” wrote the petitioner in the letter to the NHRC.