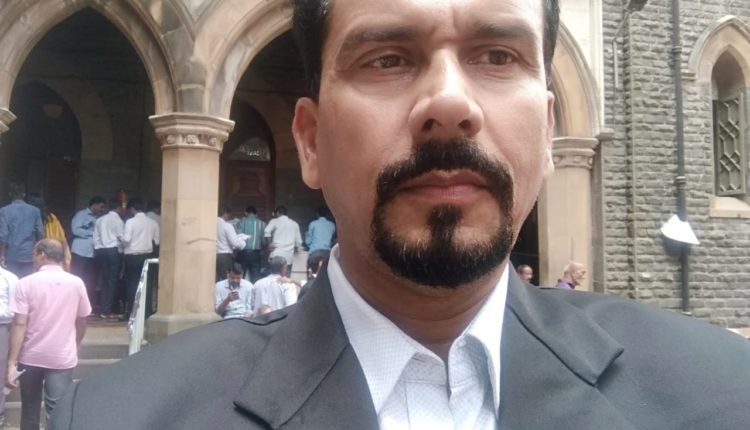 PATNA—A Bihar lawyer has been tirelessly seeking legal actions against persons blamed for spreading the deadly Corona virus which has claimed over 10,000 lives in the world and left over 250,000 people on the hospital beds.

From Chinese president Xi Jinping to the Bollywood singer Kanika Kapoor, the Muzaffarpur-based Sudhir Kumar Ojha has dragged them to the court in the past one week over Corona scare.

Kanika, a Bollywood singer of ‘Baby Doll’ fame earned the ire of the lawyer after she was found performing at three parties in Uttar Pradesh while hiding the fact that she was infected with the deadly virus.

On Saturday, the lawyer formally filed a criminal complaint in the Muzaffarpur court against Kanika accusing her of neglecting the adversary issued by the government and giving her performance, thus putting the life of many at risks.

The case filed in the court of chief judicial magistrate Satish Chandra has been posted for hearing on March 31. The singer herself revealed on Instagram that she has been tested positive for Coronavirus or COVID-19.

On March 16, 2020, the lawyer had registered a case against Chinese president Xi Jinping for “spreading” the deadly Corona virus across the world. This case will come up for hearing on April 11.

“A conspiracy has been propagated by China by allowing the spread of Coronavirus on a pandemic scale. We have filed a case against Chinese President Xi Jinping and state ambassador Sun Weidong in the Muzaffarpur court,” lawyer Ojha told news agency ANI on Monday.

“I have accused that in 1981 itself a book which was published had claimed that China is secretly creating this (virus) and will be deployed into the world to display its power,” the lawyer was further quoted as telling the news agency.

According to a report of health department, the corona virus (COPID-19) classified as pandemic by WHO has affected 174 countries so far, killing over 10,000 people and the toll is still rising.

In India, close to 300 confirmed cases have been reported till now.

Though no confirmed case has been reported so in Bihar, the state government has taken various measures to prevent spread of this virus.

The government has already Corona an Epidemic and invoked the British era law to tackle this disease. Till date, 520 passengers who have returned from corona affected countries after January 15, 2020 have been identified by State Surveillance system and kept under home quarantine.

Ojha who hails from Muzaffarpur district of Bihar has registered cases against around 800 top personalities from various fields in India and abroad so far, and has become a national hero.