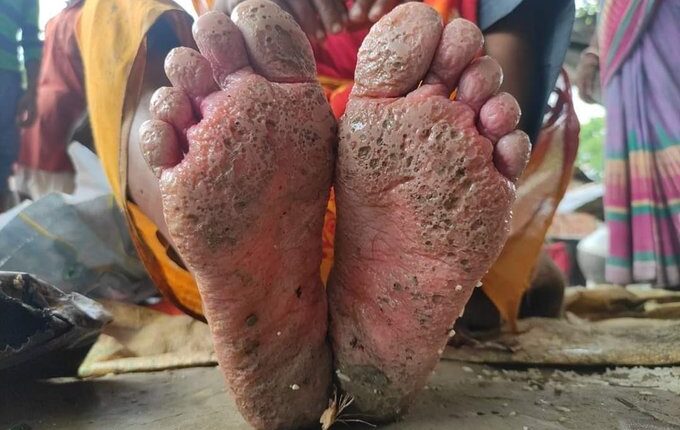 PATNA—This image, the feet of a flood victim from Bihar tweeted by a RJD leader, is enough to explain the plight of the poor villagers suffering from floods.

A large parts of the the state is currently reeling under floods but most of the political parties are busy chalking out poll strategy to win the assembly elections in the state.

According to a report of the Bihar disaster management department, more than 80 lakh population settled across 130 blocks in 16 districts are in the grip of floods.

Strangely, only six relief camps are currently functioning for the so many affected population. The government, however, claims to have opened 443 community kitchen for the affected villagers.

The situation on the ground is very pathetic. The Covid-19 fear has only complicated the situation.