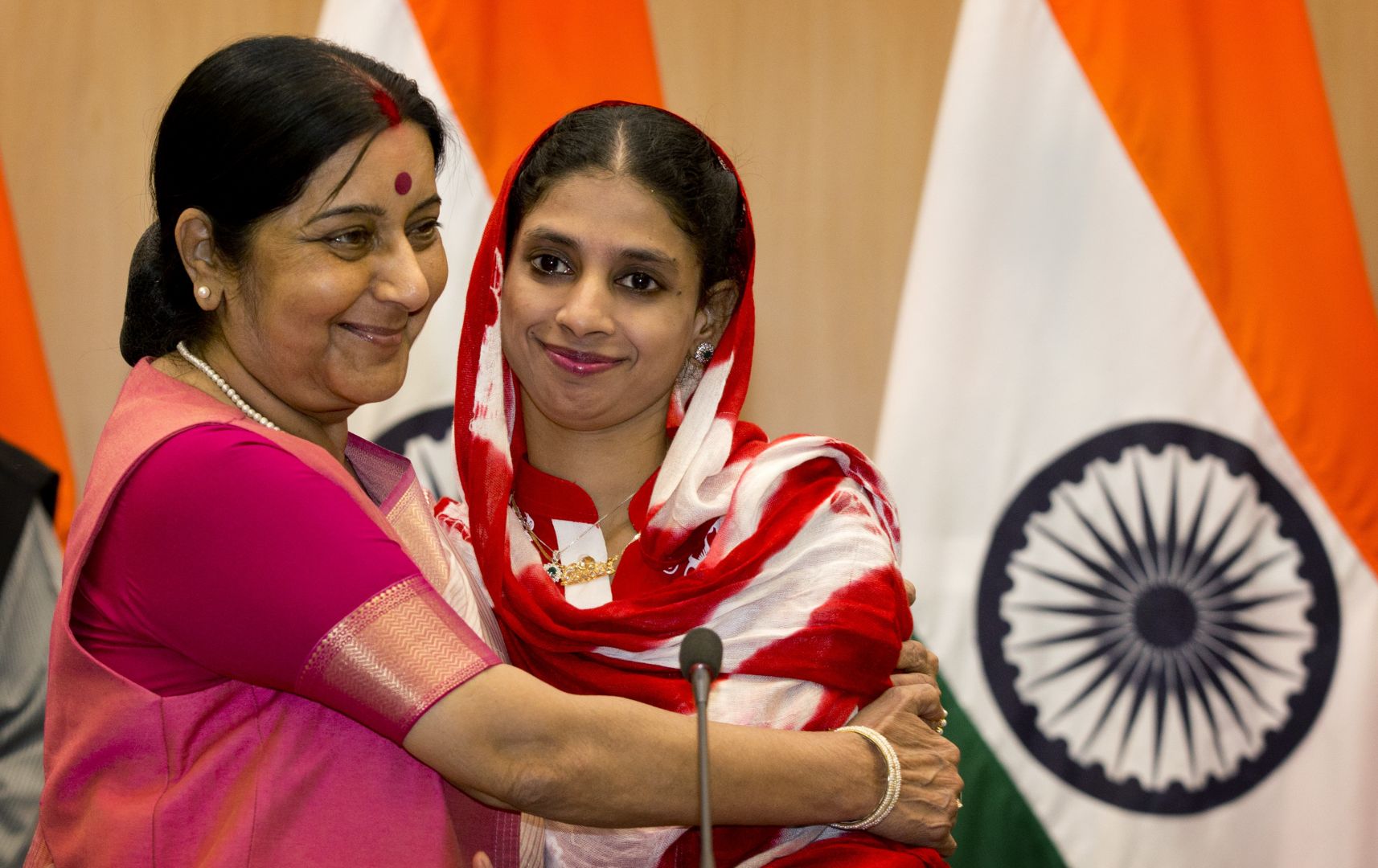 PATNA: The story the speech-impaired girl Geeta has got a fresh twist.

Some 10 months after she returned to her homeland from Pakistan, another couple from Bihar now claims she is their daughter.

According to Mohammad Yusuf and his wife Julekha, Geeta is none other than her missing daughter “Jubaida” who went missing while watching a marriage procession at Mirzapur village under Marhaura police station in Saran district in 1996.

“The identity marks on the face of f Geeta and the geographical locations as narrated by her clearly indicate she is our daughter. Everything will become clear once the DNA test is conducted,” the couple told the media on Sunday.

“Whatever the geographical locations Geeta narrated about her village, such as railway lines, pond, temple etc, all are present at the village,” they claimed.

They said they had been moving from pillar to post to see the girl but none allowed them to meet her.

Earlier, a Mahato family from Bihar had claimed Geeta as their daughter but the DNA test didn’t confirm their claim. But now, the government has launched fresh efforts to search for her parents based on the indications provided by the deaf-mute girl.

In February this year, the Nitish Kumar government in Bihar launched intensive efforts to search for her kin who possibly could be from this state. The girl who remained stuck in Pakistan for 14 years reached her homeland in October this year.

The state government inserted big advertisements in the all the local newspapers after being requested by External Affairs Minister Sushma Swaraj to look for her parents.

The union minister made this request in view of indications from the speech-impaired girl which dropped ample hints that her parents could be from Bihar.

“Through this notification, the general masses are informed to provide us concrete information with regard to Geeta by submitting documents like certificate, photographs of her childhood etc,” said an advertisement published by the state government.

The masses were requested to submit any such information by contacting the deputy secretary, Home (Special), on his office phones, mobile and email or personally meeting him on the working days so that these documents could be sent to the Government of India.

The communiqué also mentioned at least 10 identification marks of Geeta, such as, she has seven brothers and sisters and none of them have hearing problems except her, she crossed into the Pakistan some 10 years back and she has big moles near her left eye and eyebrows.

As per indications given by her, there is a hospital near her home, are rice and sugarcane fields around her home, a railway line crosses outside her village and there are plenty of fishes in ponds near her home.

According to the government information, she called the villages, fields, huts and women as her own on being shown their photographs.