Freedom of Press must but can’t compromise country’s security: Naidu 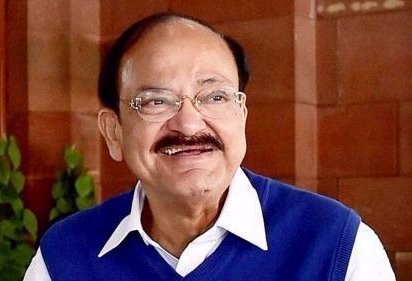 New Delhi: Information and Broadcasting Minister M Venkaiah Naidu said on Saturday that the freedom of press is important but one cannot compromise the country’s security.

The I&B Minister, whose ministry was widely critised by all opposition teams for pulling out NDTV India for a day over their Pathankot terror reportange, took to twitter to counter the allegations.

“Freedom of press is important. But Country’s security can’t be compromised, that is paramount…,” his tweet read.

Naidu also slammed the media channels and asked them to determine which is important, the security of the nation of TRP’s.

“Its time to ponder if security of the nation is important or TRPs -television rating points of tv channels,” he added.

Defending the imposition of ban on the news channel, Naidu termed it as a ‘logical conclusion’.

“Decision on NDTVIndia only a logical conclusion of concerns voiced by UPA Govt over LiveCoverage of AntiTerror ops since 26/11 terror attack,” Naidu said.

The I&B Minister also expressed delight at receiving support from citizens over the ban.

“Happy that countrymen broadly supported government’s decision on #NDTV India in security interest of the county in the context of terror menace and the need to exercise restraint while reporting anti-terror operations by security personnel,” Naidu said.

Naidu also said that BJP workers were the worst sufferers of the emergency and will not repeat the same.

He said that his party respects media freedom, but accused NDTV of not putting it to ‘good use’.

The government’s move was earlier termed as many as an ’emergency-like’ situation.

“BJP leaders & activists r d worst sufferers of emergency and can’t even think of doing d same to others.Highly regards media &its freedom and will never do any infringement of such freedom. Unfortunately, #NDTV India did not put such freedom to good use.”

Naidu also mocked the UPA by stating that when in power the them government pulled out channels 21 times for showing A grade certified films at midnight.