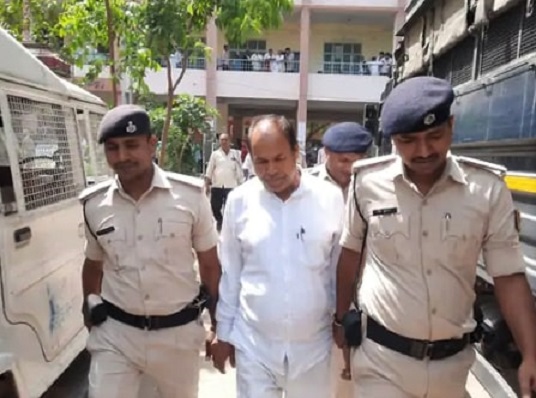 PATNA—A man who usurped the huge landed properties of a big landlord in Bihar by posing himself as his missing son has been sentenced to three years of rigorous imprisonment after 41 years of the protracted court battle. The man had been forcefully staying in the mansion of the landlord, leading a lavish life and also sold his landed properties at his will as the case lingered in the court.

The fraudster identified as Dayanand Gosain was handed down jail term early this week by a local civil court judge, Biharsharif (in Nalanda district) Justice Manvendra Mishra who speedily tried the case after finding it lingering for the past over four decades. The court held the man guilty of fraud and hatching a conspiracy to grab landlord’s 25 acres of land worth about Rs2 billion in Nalanda district.

According to court records, Kanhaiya, the only son of landlord late Kameshwar Singh (75), had gone to appear at Grade 10 examination at a local government school in Nalanda district in 1977 when he went missing. The landlord launched extensive searches to find out his 14-year-old son but in vain. Subsequently, he registered a case with the local police station.

As the landlord and his wife almost lost hope of seeing their missing son, they got information from the local villagers that his son was leading the life of a yogi (a man who has relinquished worldly desires) on village outskirt. The landlord rushed to the spot and believing him as his missing son took him. This took place in 1981.

However, landlord’s wife Ramshakhi Devi got suspicious of his act but remained silent keeping in view her husband’s falling health. Reports said when her husband recovered a bit, she told him that the youth appears to be an “imposter” and convinced him to throw the fraudster out of the house but the youth refused.

Eventually, she filed a case in local court but it rejected saying the landlord has accepted him as his son and the informant is no more to present any proof. The woman had died soon after filing the case. Sometime later, her husband died too.

After death of parents, their daughter Vidya Devi moved the Patna High Court but it also upheld the lower court’s judgment. Then she moved the Supreme Court which sent the case back to the lower court for trial. The case took a new turn when Justice Mishra took charge three months back and ordered for speedy trial of this long-pending case.

Vidya Devi whose continued efforts led to the jailing of the impersonator said although she won the case she was not happy either since their parents are no more to celebrate.

“I lost my entire family to imposter’s greedy act. My parents died, my husband is no more. They all worked hard to expose the imposter but when the final judgment came, they are no more to celebrate,” she said.