‘Frame a policy which gives a level playing field to all States’, Nitish to Centre 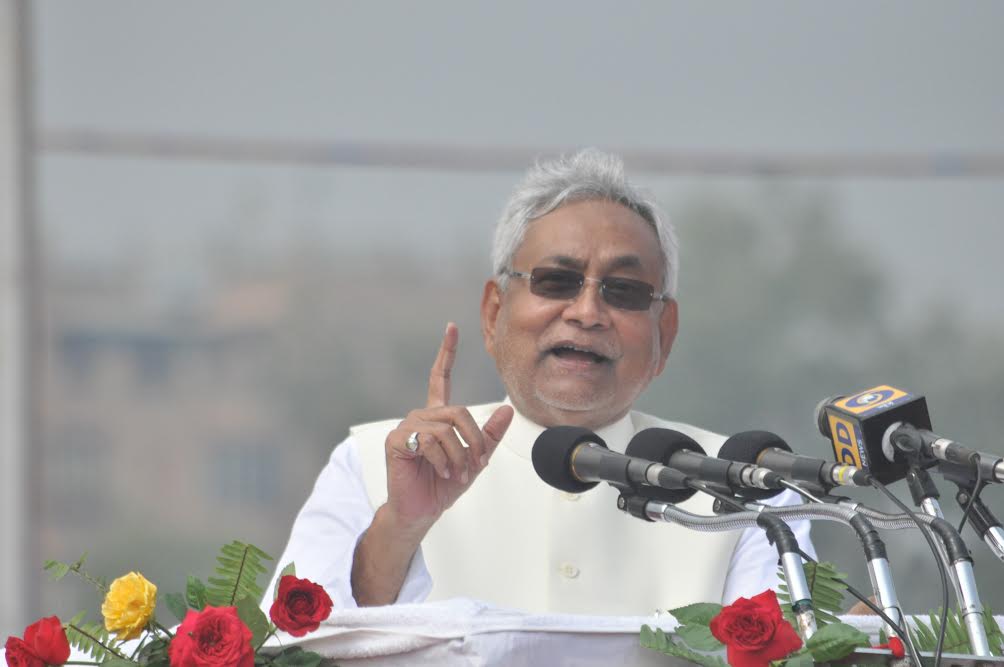 PATNA: Bihar chief minister Nitish Kumar today sought for framing of a policy which allows the backward states grow at par with the developed ones.

“You should frame such a policy which takes cares of the backward states like Bihar and helps them match with the growth of the developed one,” Kumar demanded from the centre today, addressing the masses to mark the 70th Independence Day at the Patna’s Gandhi Maidan today.

He also sought for grant of special category status to Bihar while asking the masses to take a pledge to bring the state in the list of developed states.

Kumar also subtly contested CSO estimate of a sharp decline in growth rate of Bihar, asserting that the state was marching ahead on the path of development.

Saying he was committed to development, Kumar said the state was on the part to progress and prosperity.

He appealed to the masses to help maintain peace and communal harmony in the state to put the state on the path to growth.

Further, he thanked the masses for giving him another opportunity to serve the state.

India faces a lot of problems, but we have the capacity to find solutions: PM Modi on 70th I-Day