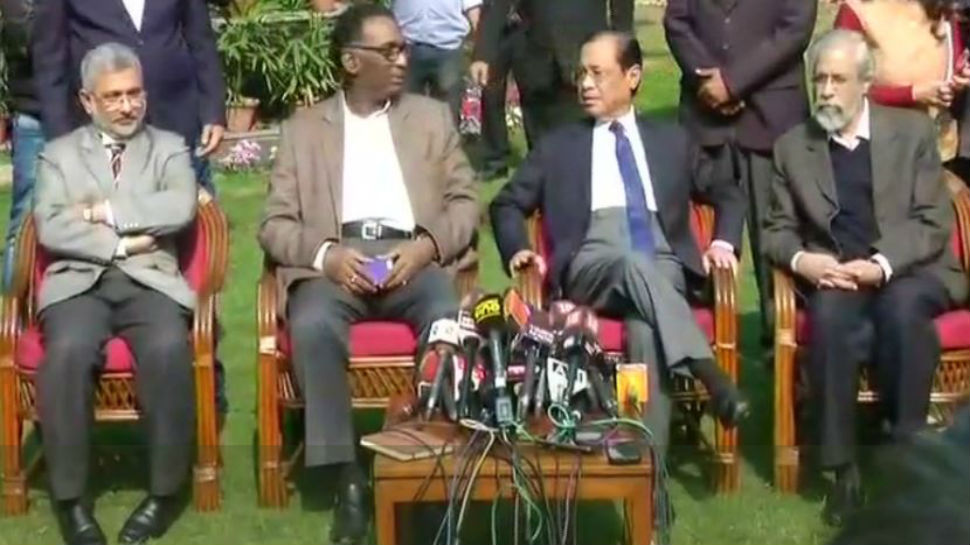 New Delhi: Targeting the Chief Justice of India, Dipak Misra, over the functioning of the Supreme Court, four sitting judges of the apex court on Friday said it is the nation which will decide whether the CJI to be impeached or not.

In a virtual revolt against the CJI, the judges said they had approached Justice Misra with a complaint letter but failed to convince him.

One of the senior judges of the SC, Justice Jasti Chelameswar, said: “Democracy cannot survive without free judiciary.”

“We had no option left but to address the media. This is a historical event.” he added.

Justice Chelameswar, however, clarified that they are not politicising the issue.

This is the first time in Indian history where the Supreme Court’s sitting judges have addressed the media.