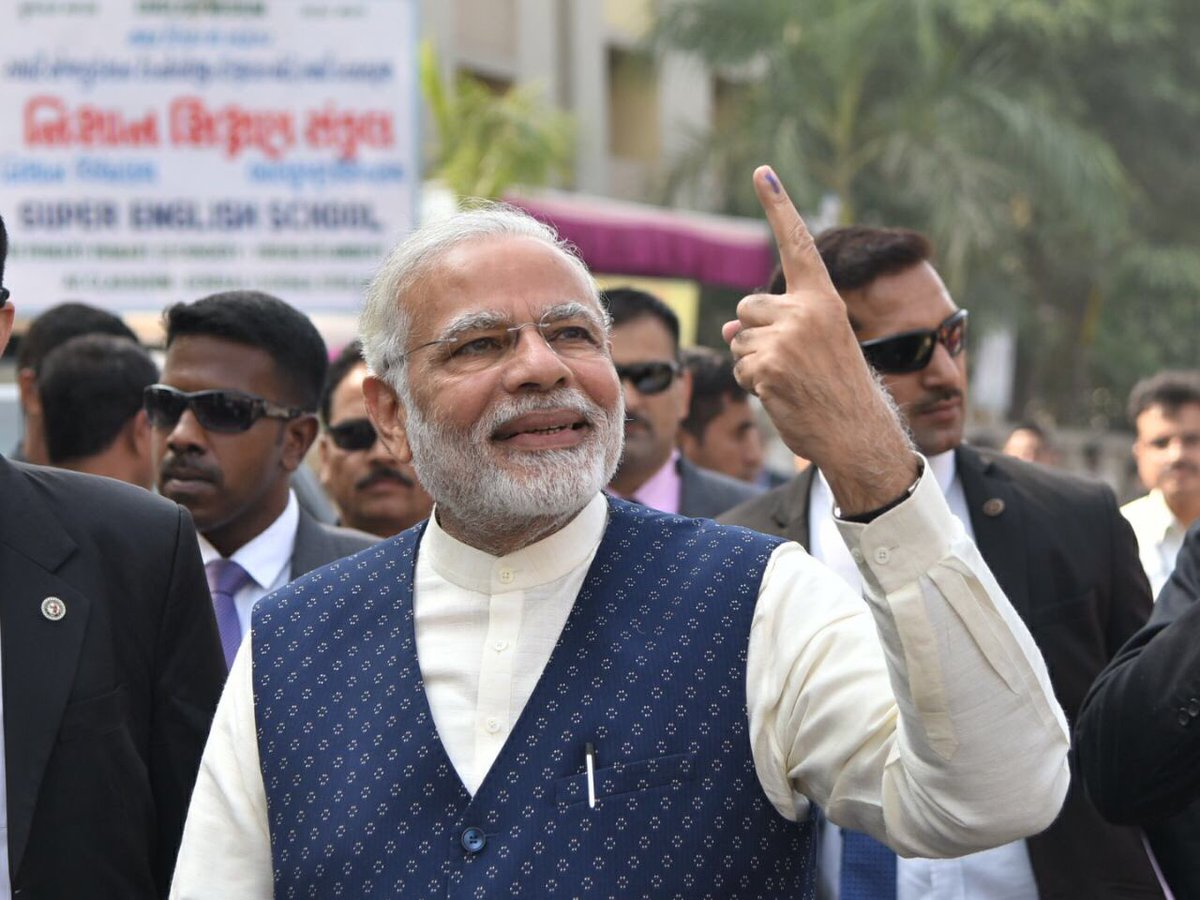 The BJP headed by Prime Minister Narendra Modi eventually had the last laugh in the much-watched Gujarat assembly elections.

Although the BJP managed to retain power but this can’t be called a bigger achievement for the party which only somehow managed to cross the majority mark while it had claimed to win 150 seats in the elections.

The final results showed the BJP won 99 seats in the 182-member Gujarat assembly—just seven more than the majority mark. The Congress on the other hand got 80 seats.

The final winner is indeed the BJP but why this can’t be described as a major achievement is that how the entire party, especially the Prime Minister struggled all through the poll campaigns, involving himself in intensive campaigns and making emotional appeals to the voters just to retain power.

This was the second time in quick succession that a Prime Minister had got so much involved in a poll campaign and appeared how he was begging for votes, hoping form once place to another. Even during the poll day, he held a “roadshow”.

Earlier he had done similar things during the Bihar assembly poll campaigns in 2015 when he addressed no less than 30 election rallies yet his party suffered the humiliating defeat in the elections—the BJP won only 53 seats in the 243-member Bihar assembly whereas the erstwhile Grand Alliance comprising RJD, JD-U and the Congress bagged 178 seats.

What didn’t go well within the masses further was the way the PM dragged Pakistan in the a state elections, allegedly showed his predecessor Manmohan Singh in poor light and then tried to extensively exploit the “neech” remark even though the Congress in a quick action suspended the leader who made this remark.

Thirdly, the way the BJP tried to split the Patidar leaders amid allegations that Patidar leaders were offered cash to join the BJP surely has also not conveyed a good message in the society.

Finally, the PM continued raising the issue of Pakistan, China and the national security in the elections while the local issues took back seat. Even the much-publicised the Gujarat development model failed to get due prominence in the elections.