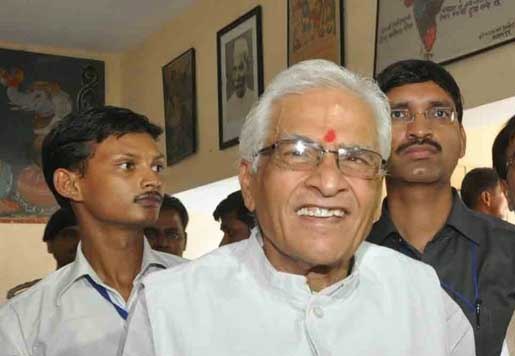 PATNA: Former Bihar chief minister Jagannath Mishra created a sensation on Wednesday by claiming that RJD chief Lalu Prasad was “framed” in the fodder scam by former Prime Minister HD Deve Gowda, and not the BJP.

Mishra, a senior Congress leader who served as the chief minister of Bihar thrice, made these revelations barely four days after being acquitted in the fodder scam by a CBI court.

Both Mishra and Prasad were accused in the case. But, finally Mishra got acquittal while Prasad was convicted by the court and send to jail.

“HD Deve Gowda has framed Lalu Prasad in the fodder scam. What Lalu Prasad, his family members and his party are speaking against the BJP is wrong and baseless,” Mishra told the media on Wednesday.

“But I was implicated in the case by (the then Congress president) Sitaram Kesari who didn’t like me,” Mishra alleged.

All villages in Bihar are electrified now, claims Nitish Kumar