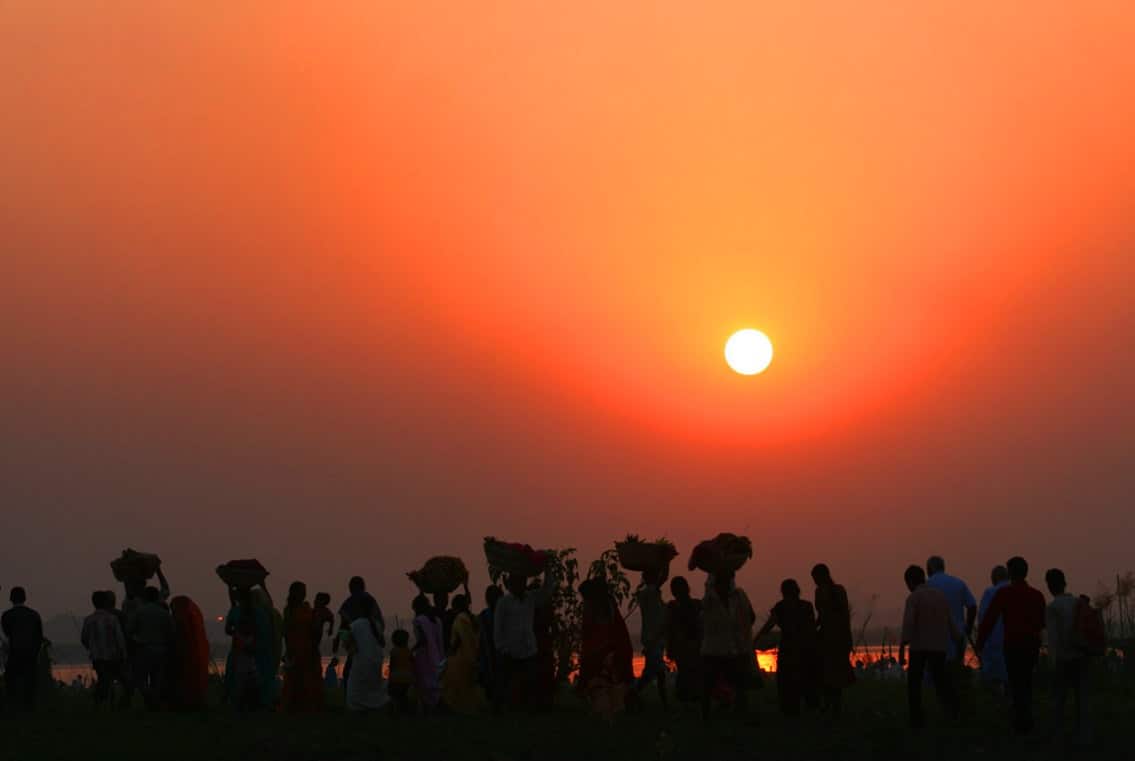 PATNA: The four-day-long Chhath, one of the biggest festivals of the Hindus, concluded here today with the prayers to the rising Sun.

Millions from across the state marched on the rivers’ bank, to the ponds or near other water bodies to offer prayers to the Sun God.

Prominent among them was Bihar chief minister Nitish Kumar who offered “arghya” to the rising Sun at his official residence at 1, Anne Marg, Patna. 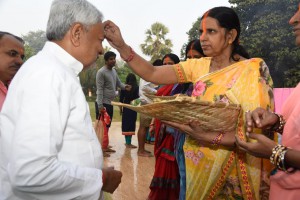 But, majority of villagers preferred to go out of their homes and offered prayers near the water bodies which they found close to them.

Dressed in colourful clothes and observing strict perseverance, the unending crowd of devotees singing the religious songs made beelines along the rivers’ bank and other bodies in Bihar to please the Sun god.

Although there were many places of religious spots which draw huge crowds of devotees, the Sun temple located at Deo block in Aurangabad district of Bihar saw the highest number of devotes with teeming millions battling hard for space.

The state government in Bihar this time made elaborate security arrangement to ensure the festival passes off peacefully taking a lesson from the past incident in Patna when a stampede cost may lives.

The authorities not only set up 150 watch towers and huge number of CCTV cameras to monitor the movements of devotes but also deployed 400 NDRF jawans, in addition to around 600 traffic cops to regulate the traffic in and around Patna.