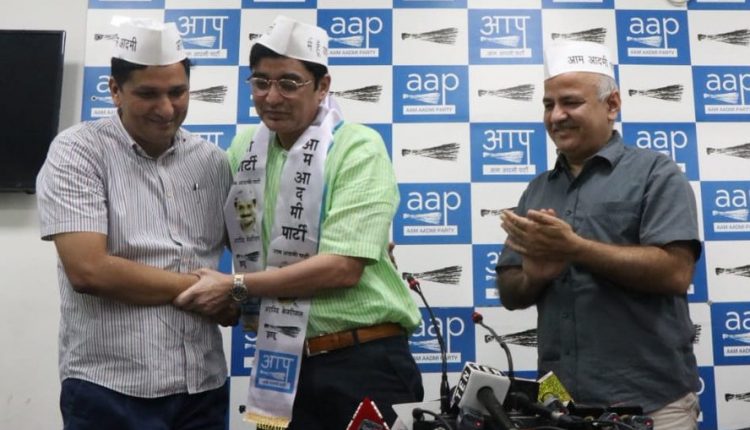 The AAP is headed by Delhi chief minister Arvind Kejriwal. The Delhi CM, however, was not present when Kumar was inducted into the AAP.

Kumar, a former IAS officer and TATA official, joined the new party barely weeks ahead of the upcoming assembly elections in Jharkhand.

“All common men like us should come forward and cooperate the honest politics. Only the AAP is the answer to the today’s politics,” Kumar tweeted soon after joining the AAP.

The former Jharkhand Congress president had been angry at the way the things moved in the party during and after the Lok Sabha elections.

The bitter war of words in the party spiraled out of control after Congress’ humiliating defeat in the state. A section of the party leaders went after him and demanded his resignation.

Eventually, Kumar shot off a strong-worded four-page letter to the then All Indian Congress Committee chief Rahul Gandhi before tendering his resignation.

“As a proud Indian and one of the youngest winners of the police gallantry award and having wiped the mafia in Jamshedpur, I can confidently say some of the worst criminals look better than my party colleagues,” Kumar wrote in the letter.

Also Read: How SuMo’s open support to Nitish has kicked up storms in Bihar politics