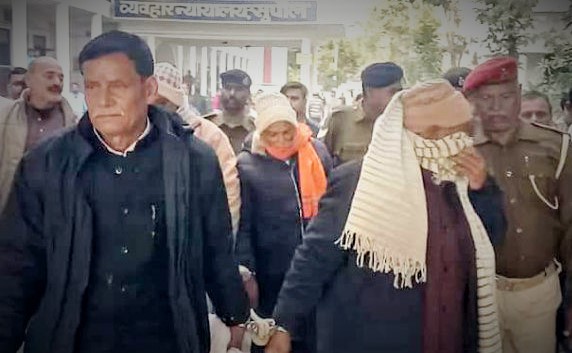 PATNA: A former Bihar legislator Yogendra Sardar who had his private parts chopped off by the gang-rape victim had been handed out life imprisonment along with three other convicts.

The court of additional district judge, Supaul, Ravi Ranjan Mishra also imposed a fine of Rs1 lakh each on every accused persons saying the failure of its payment will lead to further extension of two year jail term.

Soon after the judgment, all the accused persons were taken into custody and sent to jail. The judgment comes 25 years after the incident had taken place. An MLA is a Member of Legislative Assembly elected by the masses.

According to police reports, the victim girl was asleep in her home with her mother when Sardar who then represented Triveniganj seat in Bihar assembly raided her home at the dead of night along with his supporters on November 16, 1994 and kidnapped the girl at gun-point.

Subsequently, she was locked at a secluded place and was gang-raped by the accused persons. It was during the rape that the victim girl bit the private parts of the legislator and fled the scene as the accused lay writhing in pain.

Later, the accused legislator fled to Nepal for his treatment of his chopped private parts. Three days after the incident the case was registered with the local police station.