Foreigners get attracted towards Indian culture, offer ‘pinddan’ for ancestors in Gaya 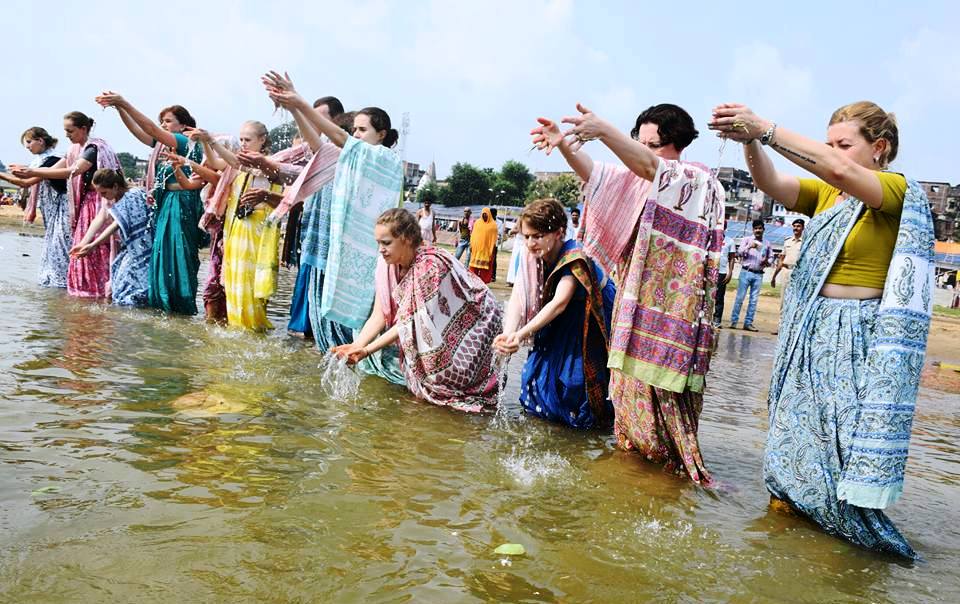 PATNA: Foreign nationals are slowly getting attracted towards “Pinddan”, a prominent Hindu ritual facilitating final salvation of their ancestors from the recurrent cycle of rebirth.

This year as well, a group of 20 foreigners reached Gaya district in Bihar to pay homage to their ancestors through food offerings.

The group which included 19 women stayed in Gaya for three days to performs various rituals at various places as directed by the Hindu priests. Of them, five were from Russia and four from Germany.

“I felt a different satisfaction after reaching there and praying for salvation of my ancestors,” said Sergirva Arina, a German national.

She said she was very much impressed to see the crowd of Hindus performing rituals for their ancestors without thinking about their personal troubles.

“This is great,” she exclaimed. Around a million Hindus visit Gaya every year to perform the particular rites to ensure the souls of their ancestors rest in peace.

The group was inspired by Lok Nath Gaur, a member of the International Society for Krishna Consciousness (ISKCON) who has been promoting Hinduism in the western world.

In the past three years, more than 80 foreigners have visited Gaya with the very purpose.

A preacher with ISKCON said the people in the West were very fast turning to Hindu rituals which they believe gave “immediate results”.

“Our preaching about human body and soul appeal to them and, more and more people from the West are turning to the Indian philosophy of life,” he said.

Is Lalu Prasad paying the price for raising his voice against BJP?