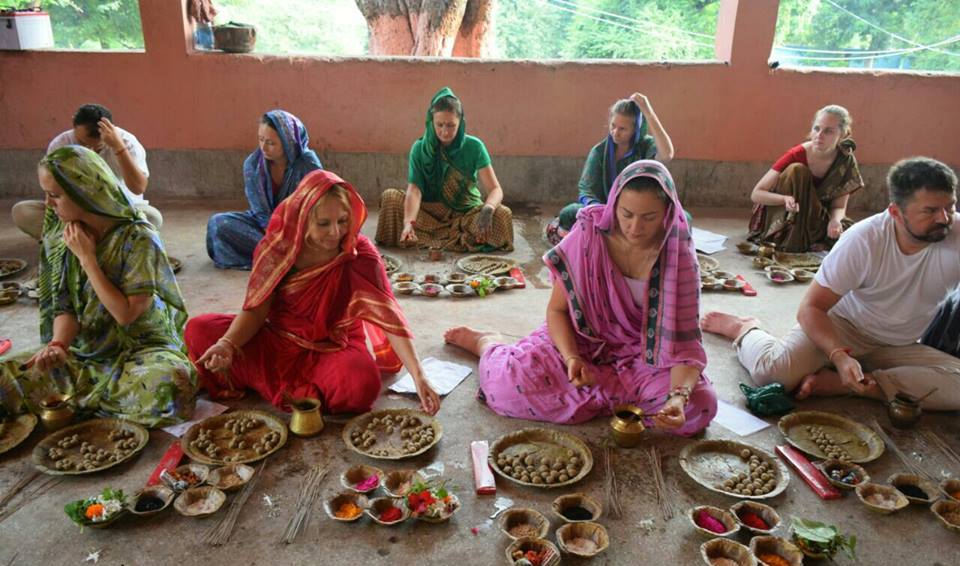 This year as well, quite many foreigners from places like Ukraine, Canada and USA have reached the Hindu pilgrimage city of Gaya in Bihar to perform rituals to offer prayers for salvation of the dead.

‘Pinddan’ is an annual ritual of Hindus seeking salvation of their ancestors from the recurrent cycle of rebirth.

One of foreigners reaching Gaya for this special purpose is Yulia Vladimir, 23, from Ukraine.

Having lost her parents early in her childhood, she wanted to seek salvation for the souls of her dead parents and reached Gaya after coming to know from ISKCON about a special ritual in Hinduism offering such facilities.

“I was restless after my parents committed suicide quite early in my childhood. Somebody advised me to visit Gaya and offer ‘pinddan’ (oblation). After performing the rituals under the guidance of priests, now I feel the souls of my parents have attained salvation,” Vladimir told the local media today.

She is among 13 foreigners who have reached the Hindu pilgrim town with entirely different purposes. Last year, more than 50 foreign pilgrims have reached Gaya with the very purpose.

A preacher with ISKCON said the people in the West were very fast turning to Hindu rituals which they believe gave “immediate results”.

“Our preaching about human body and soul appeal to them and, more and more people from the West are turning to the Indian philosophy of life,” an ISKCON Loknath Gaur was quoted as telling a local newspaper today.