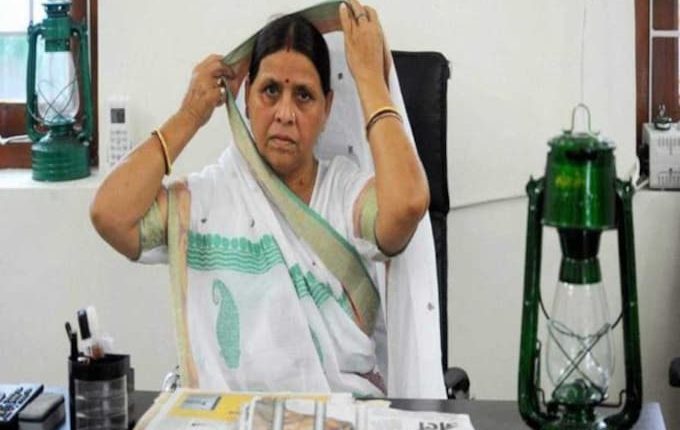 PATNA: In a significant political development, former Bihar chief minister and senior RJD leader Rabri Devi has extended invitations to the BJP leaders for the Iftar party to be hosted at her residence on Sunday evening, triggering speculations.

This is for the first time that the RJD has invited the BJP leaders for the Iftar party, media reports said on Saturday. The invitation cards were sent by Rabri Devi in the absence of her husband Lalu Prasad who is currently in jail.

The invitation to the BJP leaders assumes much political significance in the light of one cabinet berth offer to the JD-U annoying its president Nitish Kumar quite much and ultimately forcing him to stay out of the Narendra Modi government.

The JD-U had won 16 seats in the just-held Lok Sabha elections in alliance with the BJP and the LJP.

“Nothing should be read in the invitations as they are a part of political courtesy. But what is new is that we have been invited for the first time. We are happy to see the changing culture in the RJD,” senior BJP leader Prem Ranjan Patel told the media on Saturday.

A Congress spokesperson Chandra Prakash described it a good initiative adding this would help end bitterness in relations which had touched a new high during the month-long election campaign.

The RJD said it was a part of a political courtesy and nothing much should be read into this.