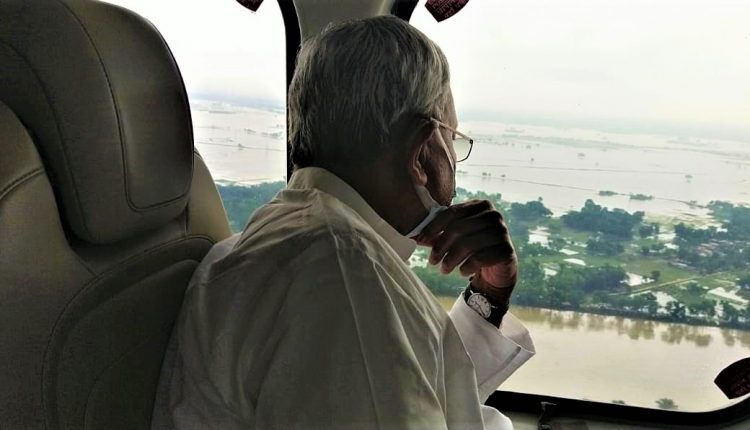 PATNA—Floodwaters have entered various villages in Bihar, badly affecting normal life and prompting the villagers to flee for safer places.

The problem has got created since several rivers are flowing above danger mark due to heavy rains in the catchment areas.

Keeping in view the waters flooding railway tracks, the railways have cancelled many trains or diverted their routes as a precautionary measure.

Currently, six districts are in grip of floods. They include—East and West Champaran, Gopalganj, Muzaffarpur, Sitamarhi and Sheohar.

Today, a local Television news channel showed the photograph of a hapless father carrying his sick children on his shoulders and wading through the flooded areas for at least eight kilometers in East Champaran district to get medical aid at a local hospital.

45-year-old Bhagat Singh Manjhi said he had to walk through the flooded waters for such a long distance since there were no transport services connecting his village to the local hospital.

Chief Minister Nitish Kumar on Tuesday conducted as aerial survey of the flooded areas and asked the officials to launch relief and rescue operations.

On Wednesday, the chief minister is expected to conduct aerial surveys in three more districts of north Bihar which include Darbhanga, Madhubani and Samastipur districts.

‘Will move court,’ warns Chirag amid reports of Paras getting invite to join Union Cabinet